Both agreements were announced at the end of March and have the intention of minimizing corrosion as well as reducing associated maintenance and repair costs.

Uzma Bhd, another Malaysian oil and gas company, was reported to sign a commercialization agreement with Petronas for the installation of non-metallic pipeline (NMP) technology. The agreement and an addendum were reportedly first signed back in December and on March 22, respectively. 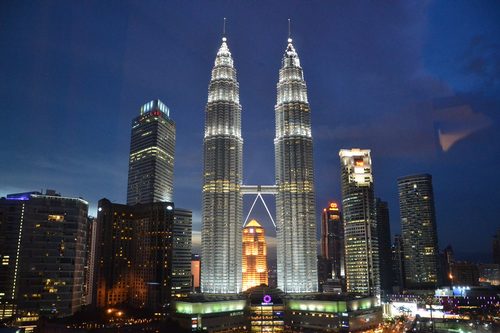 According to reports, the agreement grants UESB a license from PTVSB for the purpose of commercializing the installation of NMP. The agreement also allows Uzma to market and use the installation method developed by Petronas and its affiliates to install the pipes. The company will also use the data collected in relation to qualified NMP.

“Uzma is delighted to sign the commercialization agreement with Petronas, and it demonstrates our group’s commitment in developing new technologies,” said Uzma group Chief Executive Officer Datuk Kamarul Redzuan in a separate statement. “The group is ever ready with the challenges of meeting clients' needs and staying the course of the duration of the whole project which commenced in 2017.”

Uzma added that the company believes the agreement will contribute positively towards the earnings and net assets per share of the company for the financial year ending June 30, and onwards.

The agreement is slated to last three years from the commencement date with an option to renew for an additional two years.

Around the same time that Uzma signed its agreement, thermoplastic composite pipe (TCP) maker Strohm was also reported to have signed an agreement with PTVSB. In this agreement, Strohm and PTVSB will work to commercialize TCP in the oil and gas industry, as well as in Petronas facilities.

The partnership is expected to ensure the availability of these products in the market.

“The agreement will also be instrumental in expanding the knowledge of the design, production, and qualification standard from Strohm’s technology backbone – DNV (standard ST-F119), allowing operators to qualify and utilize TCP, instead of metallic pipes, creating substantial cost reduction potentials in all stages of oil and gas projects life cycle,” Strohm said.

“With a growing track record globally, TCP has become widely acknowledged for its many benefits compared to steel alternatives, including zero corrosion, reduced weight leading to improved transportation and installation costs, and lower carbon footprint.”

While the pipeline technology aims to reduce corrosion and associated maintenance and repair costs, it is slated to also reduce pressure drops and improve multiphase flow conditions. These improvements are achieved through the pipeline’s smooth bore and bonds, which are immune to any gas permeation risks.

The technology will also remove offshore metrology requirements, which has a considerable impact on the cost and schedule risk associated with vessel standby and onshore rigid spool fabrication.

“We are very excited to take this next step together with Petronas. Their visionary spirit recognized at an early stage the potential for TCP and this extended commitment will build on our existing footprint with them in Asia Pacific and provide further robust business opportunities across the sector,” said Fabienne Ellington, Strohm’s Vice President, Middle East and Asia-Pacific.

“Another recent key development has been the confirmation that the cost-effective glass fibre polyethylene material used for the Petronas pilot project is now complemented by carbon fibre polyamide and carbon fibre PVDF materials, which are fully qualified for full hydrocarbon well stream fluid applications. These materials are not susceptible to corrosion, blistering or embrittlement from CO2, H2S or hydrogen, making them particularly suitable for highly sour service applications, carbon sequestration projects and hydrogen transportation.

“With these milestones achieved and the signing of the commercialization agreement with Petronas, our TCP solution is on track to further revolutionize the sector and support the energy transition.”