The American Society of Civil Engineers has recently released a new evaluation framework regarding earthquake damage and potential fire ignitions.

In its new report, the ASCE’s Post-Earthquake Fire Hazard Task Group, along with the Fire Protection Committee of the Structural Engineering Institute, evaluate how earthquake damage can increase the likelihood of fire ignitions regarding utility lines and interior fire protection systems.

The document also presents background for the analysis, design and assessment of building structural systems under fire following earthquakes, as well as guidance based on current state-of-the-art practices, applicable building codes and outcomes of experimental and numerical research results. 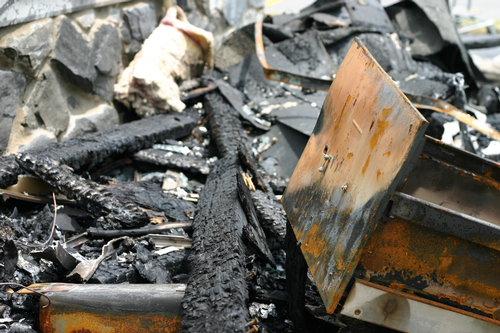 Specific topics covered in the book, among others, include:

In December, the ASCE announced the release of its newly updated ASCE/SEI 7-22 with the goal of better protecting infrastructure from tornado damage.

Research posted by U.S. Tornadoes suggests that approximately 80% of tornadoes in the nation rate between EF0 to EF1 strength, while the tornado that struck Kentucky just weeks before the document’s release was reported to rank anywhere between an EF3 and an EF5.

In 2022, the standard is slated to go up for consideration to be entered into Chapter 16 of the 2024 International Building Code.

In June, the ASCE released Hazard-Resilient Infrastructure: Analysis and Design, MOP 144, to provide civil engineers guidance and an underlying framework for designing new infrastructure systems with consistency across hazards, systems and sectors.

The new manual was sponsored by the ASCE Infrastructure Resilience Division and was edited by Bilal M. Ayyub, Ph.D., P.E., Dist.M.ASCE. Ayyub is also noted to serve as the director of the Center for Technology and Systems Management of the Department of Civil and Environmental Engineering at the University of Maryland.

In the latest publication, Ayyub reports that focus on consistency is a new aspect and is more greatly emphasized, at least when compared to the last 10 years of the civil engineering industry.