In meeting the requirements set out by the standard, specifiers of both protective and architectural restoration coating systems can specify the resin-based, field-applied coatings systems.

At the time of its development, APV Engineered Coatings and supplier partner Arkema worked with the Society for Protective Coatings to create the specification. 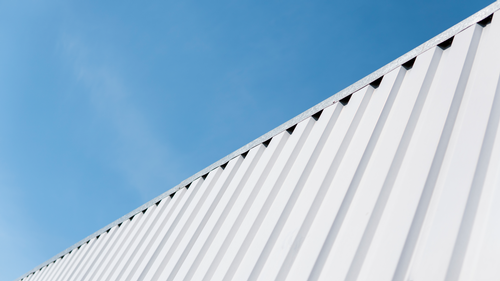 “This is the first standard for high-performance, field-applied coatings in darker and saturated colors,” said APV Vice President of Sales and Marketing, Mike Couchie, in an early 2021 press, recapping the company’s previous year. “APV contributed to the effort by providing samples of NeverFade for a blind study comparing different coating chemistries.”

According to Arkema, a key challenge when working to create the standard was identifying a set of accelerated weathering test conditions, which would allow for the reliable qualification of fluoropolymer topcoat formulations much faster than the 10–50-year outdoor service life of the fluoropolymer paint.

The committee also used the same performance criteria specified in the AAMA 2605 standard after a 10-year Florida exposure, a gloss retention >50%, color retention Delta E of < 5 units and a chalk rating ≥ 8 (≥ 6 for whites).

The paper also covered the process of developing the round-robin weathering study, which involved 13 resin systems (fluorinated and non-fluorinated) from 10 different manufacturers, in four reference colors.  Additional topics of the paper covered the scope of SSPC Paint 47 and where it is useful, the major classes of fluoropolymer topcoats and understanding how a systematic round-robin accelerated weathering study can reduce risk for coating suppliers and specifiers.

Now, Kynar Aquatec PVDF latex by Arkema can be specified for both protective and architectural restoration coatings systems according to the SSPC Paint 47 standard.

Arkema reports that coatings formulated with the PVDF latex, including water-based coatings, can provide the durability and performance of traditional Kynar 500 PVDF resin-based coatings. The coatings are noted to be easily applied to a variety of substrates, including metals, plastics, wood, concrete, textiles and even some previously painted surfaces.

The coating is also available as an aqueous low-VOC, field or factory applied, ambient air-dry system. This version of the application is reported to be dirt and water-resistant, in addition to having high initial and long-term Total Solar Reflectance and Emissivity.