To tackle the rising number of green claims emerging in the decorative coatings industry, the British Coatings Federation has recently launched a new online guide.

First announced in a press release last week, the “Green Claims Guide for Decorative Paints” breaks down the definitions of some of the most common phrases and buzzwords companies use when marketing decorative paints to consumers.

According to BCF, one effort to appear superior in the competitive decorative coatings industry is to have a unique selling point, such promoting a product that is non-toxic, natural, vegan, child- and pet-safe, eco-friendly or organic, among other claims.

However, the issue the industry is facing now is that some of these companies marketing green claims—claims that show how a product, service, brand or business provides a benefit or is less harmful to the environment—could actually be misleading consumers with unsubstantiated information about their products. 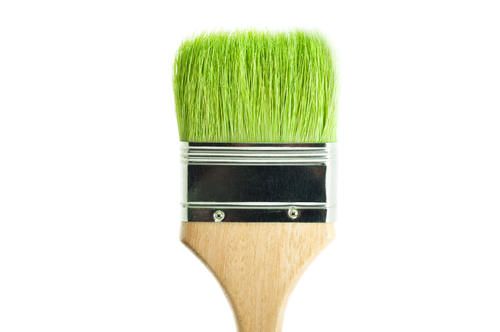 In a recent international analysis of websites conducted by the Competition and Markets Authority (CMA), it was determined that 40% of green claims made online could be misleading consumers.

To mitigate the issue of false or misleading “environmental claims” or “eco-friendly claims,” the BCF has published a green claims guide, defining common “green” marketing terms in the decorative coatings industry.

The United Kingdom-based trade association is urging consumers to consult the BCF guide when faced with claims to validate them.

“With consumers becoming increasingly more inclined to make more sustainably conscious purchases, BCF are recording increasing numbers of news articles around the subject of ‘eco-paints,’ as well as reports from our members in the decorative paints industry of emerging companies making unsubstantiated claims. Such claims, if unproven, can be damaging to the decorative paints industry’s reputation, as well as misleading consumers,” said BCF Chief Executive Officer Tom Bowtell.

In addition to defining some of the most common buzzwords and phrases in the industry, the BCF also defines “Zero Volatile Organic Compounds (VOCs),” which has also proven in recent years to be a greenwashing issue in the industry.

To further mitigate this, BCF members have reportedly adopted the use of the statement “TRACE” VOC to improve communication to consumers highlighting which products have the lowest levels of VOCs. As the license holders of the industry-wide standard VOC Globe scheme, BCF is promoting the new “TRACE” globe in the coming months as an alternative to “Zero VOCs.”

BCF reports that its new guide aligns with the CMA’s Green Claims Code and focuses on six principles that are based on existing consumer law and make clear that businesses “must not omit or hide important information” and “must consider the full life cycle of the product.”

Although the release of the green claims guide is the latest effort to tackling greenwash issues, the BCF believes that more action will likely be brought against those not complying with the CMA’s Green Claims Code, ASA’s Advertising Codes and applicable consumer protection legislation.

Just as the BCF is working to fight false or misleading greenwash claims, it is also working to achieve its own green goals. In late October, the association announced that it had joined other sectors in pledging to achieve net zero carbon emissions by 2050.

At the time, BCF reported that it would be committing to new targets for its paint recycling scheme, PaintCare. The ambitious new target calls for increasing the percentage leftover paint reused, recycled or remanufactured from the current 2% to 75% by 2030.

The commitments were made at a BCF Board of Directors meeting in Manchester and are slated to be backed by more detailed Net Zero Roadmaps for each BCF sector.