While several years have passed since Cleveland City Council passed a law mandating the obtainment of lead-safe certificates for rental properties, landlords and property owners now only have 12 months left to meet the requirements.

According to Cleveland’s Director of Building and Housing, Sally Martin, nearly 9,200 rental units in the city have been officially lead-safe certified.

According to reports at the time, lead paint was believed to plague more than 80% of the city’s older housing stock. In 2018, more than 1,200 children in Cleveland were poisoned by the toxin. 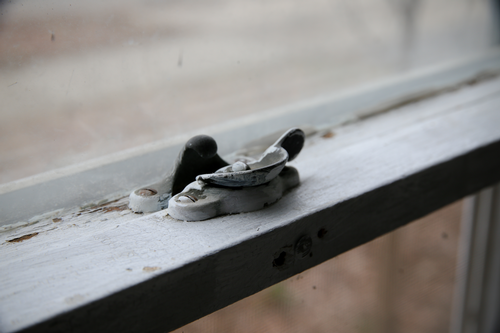 Katie Dobies / Getty Images
While several years have passed since Cleveland City Council passed a law mandating the obtainment of lead-safe certificates for rental properties, landlords and property owners now only have 12 months left to meet the requirements.

In addition to requiring that landlords and property owners pay for private inspections and secure lead-safe certificates for their occupied rental units by March 1, 2023, the law also:

While the legislation did not include any mandates for childcare facilities built before 1978, CLASH reported at the time of the bill’s passing that it would be working with state and county authorities to create one. The group also intended to push several amendments, including ones that would advance tenant protections through a rent deposit program.

Since 2019, Cleveland officials have been reportedly enforcing the lead rules a few ZIP codes at a time. Despite a slow start, the Center on Urban Poverty and Community Development at Case Western Reserve University, which audits the lead program, reported that the city witnessed a surge in lead-safe applications in the final months of 2021.

“I want to honor the fact that we have really made considerable progress over this year,” said Rob Fischer, who co-directs the center at CWRU. “But I don’t want people to be misled that we don’t still have a long way to go.”

According to reports, rentals in Shaker Square and much of the West Side hit their compliance deadlines last year, while Old Brooklyn and parts of Clark-Fulton are expected to meet deadlines in 2022. Although the city has been able to confirm the certification of nearly 9,200 thus far, Martin believes that there are likely some 100,000 units out there despite having only 61,000 registered in the system.

As a requirement by the city, landlords are supposed to have their rentals registered with the city, which is intended to help city workers keep track of who needs to comply with the lead paint law. Despite this requirement, it is presumed that many rentals could be flying under the city’s radar.

To mitigate the issue, Lead-Safe Cleveland Coalition is trying to get the word out through marketing and canvassing with the help of foundations and nonprofits. Since the lead-safe law was passed, it has also worked to set up a resource center for landlords, tenants, clearance technicians and contractors.

“Word of mouth is so powerful in this community. We do have landlords that are really bought in, that are really engaged,” said former building and housing director Ayonna Blue Donald. “And so they're spreading the word to demystify the thought that it is hard to get the certification.”

Zak Burkons, a property manager who recently started a lead inspection business in 2021, has also found word of mouth to be how word gets out about the program and meeting the lead-safe mandate.

“When I started cold-calling on this back in June and July, nobody knew about it at all,” Burkons said. “Nobody believed it was real.”

To date, the coalition has raised more than $100 million to help property owners, however, failing to certify a rental as lead safe is a minor misdemeanor, which comes with a fine. While reports indicate that the city has only issued a few dozen notices of violation thus far, Martin said she plans to be much more aggressive in taking noncompliant landlords to housing court this year.

The new standard applies to all inspections, risk assessments and abatement activities in various hospitals, childcare facilities, certain schools and housing built before 1978 and was slated to go into effect 180 days after the date of publication in the Federal Register.

At the end of December, the final lead abatement rule was announced, upholding the new standards outlined that summer. The standard were officially incorporated into the Section 402/404 lead-based paint activity regulations as well as the Section 1018 real estate disclosure regulations.

On Nov. 4, 2021, the EPA published the notice in the Federal Register. However, to hold PMCs accountable for the lead-based paint safety requirements, the EPA must first withdraw previously published answers to two Frequently Asked Questions (FAQs) concerning property management companies and their compliance responsibilities under the TSCA and RRP rule.

The intention to remove the FAQs answers was included in the Nov. 4 notice. There, the EPA explains its rationale for the withdrawal, in addition to the circumstances where PMCs are required to obtain certification from the EPA and ensure that renovations in the homes they manage are performed by certified firms and employees trained to use lead-safe work practices.

The EPA plans to post a memorandum that states whether the withdrawal will take effect as planned, on March 19, 2022.