Wisconsin U.S. District Judge Lynn Adelman released an order at the beginning of the month announcing that claims associated with several different suits regarding lead paint exposure would be dismissed, overturning a previous $6 million verdict in favor of the three plaintiffs in the case.

The suits allege that as children, the plaintiffs were exposed to lead paint made by The Sherwin-Williams Company, E.I. DuPont de Nemours & Company, American Cyanamid Company, Atlantic Richfield Company and Armstrong Containers.

According to the order, the present litigation commenced when Glenn Burton, Jr., filed a complaint in Milwaukee County Circuit Court against eight manufactures of white lead carbonate. In early 2007, the defendants removed that case to the U.S. District Court Eastern District of Wisconsin under the diversity jurisdiction, where it was listed under case number 07-C-0303.

Around the same time, two other cases were filed in state court, removed and assigned to other judges of the court. The plaintiffs in those cases are Ravon Owens (No. 07-C-0441) and Ernest Gibson (No. 07-C-0864). While the Owens case was quickly reassigned to Judge Adelman after the parties refused to consent to the exercise of jurisdiction by a magistrate judge, it would be nearly a decade until the Gibson case was also assigned to him.

In 2010 and 2011, plaintiffs represented by the same counsel as Burton, Owens and Gibson began filing complaints directly to the court. In early 2010, Cesar Sifuentes (No. 10-C-0075) filed a complaint in this court, which was assigned to Adelman. In 2011, more than 160 individuals joined together as plaintiffs and filed a single complaint against the manufacturers of white lead carbonate.

That same year, Deziree and Detareion Valoe (No. 11-C-0425) filed a complaint against the manufacturers of white lead carbonate and indicated that it was related to the other lead paint cases. A final case was also filed around that time by Dijonae, Ty'Jai and Jaquan Trammell.

The judge went on to note in his order that the three plaintiffs were originally part of a previous action but agreed to sever their claims into a separate suit to cure a jurisdictional issue. At that time the severance occurred, the case (Case No. 14-C-1423) was then assigned to Adelman. 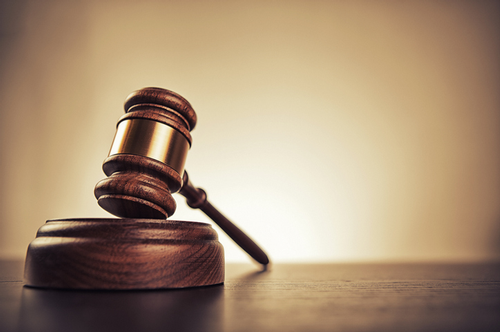 Marilyn Nieves / Getty Images
Wisconsin U.S. District Judge Lynn Adelman released an order at the beginning of the month announcing that claims associated with several different suits regarding lead paint exposure would be dismissed, overturning a previous $6 million verdict in favor of the three plaintiffs in the case.

In May 2015, it was announced that although plaintiff Gibson’s lawsuit could not say what company’s paint caused lead paint poisoning, it was being considered to move forward. At the time, the U.S. Supreme Court declined to hear a challenge by paint makers to Wisconsin’s “risk contribution” theory of liability, allowing the then-teen’s suit—and almost 200 others—to move forward.

In denying the paint makers' petition for review earlier that month, the high court let stand a July 2014 U.S. 7th Circuit Court of Appeals decision that said the companies could be held liable for contributing to the teen's risk of injury, even though he could not identify which company caused the harm.

As a result, Gibson’s case and 173 others at the time, were reinstated and approved to move forward. According to other court documents from the time, former defendant NL Industries Inc. had already settled with Gibson, another defendant went bankrupt and a third was voluntarily dismissed.

The following year, all cases that had been assigned to Adelman were administered jointly as a single litigation. The plaintiffs were all represented by the same counsel and waged a coordinated campaign. In April, Adelman entered a case management order under which the claims of three plaintiffs—Burton, Owens and Sifuentes—were to be prepared for trial first (ECF No. 352 in 07-C-0303).

These are referred to as the “first wave” plaintiffs. The same order contemplated a second wave of cases to be prepared for trial, but it did not identify the specific plaintiffs to be included in that wave.

However, the jury would find that three of the four remaining defendants (DuPont, Sherwin-Williams and Armstrong) liable for both negligence and strict liability and awarded the plaintiffs $2 million each, totaling $6 million. The defendants were reported to appeal the decision. As the appeal of the result of the first-wave trial was pending, the parties filed motions for summary judgment in the “second wave” cases.

In April 2021, the $6 million jury verdict was nixed after the Seventh Circuit found the trial court made multiple errors. As a result, the court granted Sherwin-Williams’ motion for judgment as a matter of law on both counts—negligence and strict liability failure to warn—and granted Armstrong’s JMOL motion on the strict liability count. DuPont was also granted a new trial on both counts.

Additionally, the Wisconsin Supreme Court held that the risk-contribution theory extends to white lead carbonate manufacturers. However, the trial court based its “expansive reading” of the Wisconsin Supreme Court’s ruling based on its use of the word “marketed,” allowing the jury to find a paint manufacturer liable for selling paint containing another company’s white lead carbonate.

On March 2, Judge Adelman filed an order ruling that the circuit court's decision, which overturned a $6 million verdict, would be treated as the law of the case, and that it would have a preclusive effect on all remaining claims in the consolidated suit.

The cases, five comprising individual claims and two multi-plaintiff suits, were brought by plaintiffs who allege that the paint in their childhood homes in the 1990s and 2000s contained white lead carbonate.

As a result of the order, the dismissal of the first-wave claims has been formalized, given the Seventh Circuit's direction that those claims be granted summary judgment. The ruling reportedly frees defendants Sherwin-Williams, DuPont, Armstrong Containers Inc. and Atlantic Richfield Co.

Moving forward, the remaining second-wave claims, led by Trammell and Allen, will go to trial. Although the plaintiffs for these cases argue that they were not part of the first wave, Judge Adelman has noted that this statement was incorrect as they were included within the same docket, had the same counsel and utilized the same strategies to pursue the claims.

Therefore, if the plaintiffs were allowed to relitigate already-decided issues, it would undermine the point of joining the claims together in one case.

“Having been permitted to proceed jointly on the question, the plaintiffs cannot now claim that it is unfair to bind them to the common answer,” the judge wrote.

In his conclusion, Judge Adelman found that the issue is precluded for the plaintiffs who were not part of the first or second wave cases, again noting that they were represented by the same attorneys.

“The fact that the earlier plaintiffs did not prevail does not justify giving the later plaintiffs a second bite at the apple when, all along, the plaintiffs have been aligned in interest and pursuing a common legal strategy through the same counsel,” the judge wrote.

Victor C. Harding of Warshafsky Rotter Tarnoff & Bloch, representing the plaintiffs, told reporters that they intend to appeal the decision to the Seventh Circuit Court and that the questions of Wisconsin law to the state’s supreme court be certified.