The Secretary of State for Levelling Up, Housing and Communities and Minister for Intergovernmental Relations in the United Kingdom recently proposed amendments to the country’s Building Safety Bill.

The announcement follows Secretary Michael Gove’s statement in January, when he set out a four-point plan to reset the approach to building safety and give leaseholders more protection against unfair costs.

In a letter dated Jan. 10, Secretary Gove informed the industry that the department would be offering a window of opportunity, between then and March, to conduct open and transparent negotiations to agree on a settlement that will “restore confidence and ensure the industry that caused the problem pays to fix it.”

Previously, ministers allocated 5.1 billion pounds of public money to pay for the remediation of flammable facades on high-rise residential buildings, typically 18-meters-tall or higher. According to reports, many thousands of leaseholders in blocks shorter than 18 meters had previously only been promised government help with costs in the form of a loan scheme. 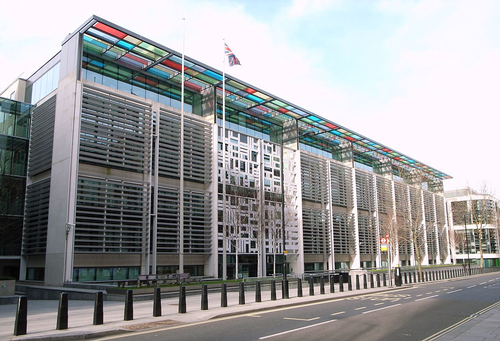 Telegraph
The Secretary of State for Levelling Up, Housing and Communities and Minister for Intergovernmental Relations in the United Kingdom recently proposed amendments to the country’s Building Safety Bill.

Since scrapping the scheme, the U.K. government has committed to the building industry funding cladding work on blocks between 11 and 18 meters – typically from four to six stories high.

The deals are to be built around clear commitments from developers and should include the following:

Despite these efforts, Gove also wrote that the department was prepared to take steps such as restricting access to government funding and future procurements, the use of planning powers, the pursuit of companies through the courts and imposition of a solution in law should the industry fail to take responsibility.

At the time, the government was also planning to amend the Building Safety Bill to protect leaseholders from the cost of fixing non-cladding safety defects, which have been uncovered at numerous blocks during facade inspections. In addition, a new team was also established to pursue companies deemed to have contributed to the crisis by selling products, cutting corners in building work or seeking to profit from the fallout.

While the Department for Levelling Up, Housing and Communities is still hosting ongoing discussions with industry leaders, who also agree that leaseholders should not pay cladding removal costs, the Secretary has since reported that he is ready to act against those who are unwilling to make commitments.

In following up on his intentions, on Feb. 14, Secretary Gove presented tough new measures that intend to force the industry to pay to remove cladding and protect leaseholders from exorbitant costs.

“It is time to bring this scandal to an end, protect leaseholders and see the industry work together to deliver a solution,” said Gove. “These measures will stop building owners passing all costs on to leaseholders and make sure any repairs are proportionate and necessary for their safety.”

For those in the industry not doing the right thing, the government reports that it intends to block planning permission and building control sign-off on developments, thus effectively preventing those who refuse to participate from building and selling new homes. Although the government hopes that it does not have to use such measures, if developers and manufacturers are not compliant with the nation’s remediation efforts, they will have to face commercial and financial consequences.

For manufacturers who have been successfully prosecuted under construction products regulations, Cost Contribution Orders will be placed, which require the manufacturer to pay their fair share on buildings requiring remediation. Prior to this amendment, a manufacturer could be found guilty of misconduct but could not be charged to fix the problems they caused in selling defective products.

Additional amendments would also allow building owners and landlords to take legal action against manufacturers who used defective products on a home that has since been found unfit for habitation. The power will stretch back 30 years and allow recovery where costs have already been paid out.

New clauses also aim to ensure that no leaseholder living in their own home, or subletting in a building over 11 meters tall, ever has to pay for the removal of dangerous cladding. If passed by Parliament, these clauses will hugely reduce the invoices that have been sent to leaseholders for taking down cladding, in some cases for over 100,000 pounds.

Alongside further leaseholder legal protections, courts will also be given new powers to allow developers to be sued where they have used shell companies to manage specific developments, so they can avoid taking responsibility for their actions.

If passed by Parliament, which was slated to begin debating the revisions on Monday (Feb. 21), the amendments to the Building Safety Bill would be brought into law.

An inquiry was launched to get to the bottom of who was responsible. Phase One of the inquiry was published on Oct. 30, 2019. This phase was to look at what happened on the night of the fire itself, and the 1,000-page report criticized not only the response to the fire but the 2016 renovation as well.

The second phase, which started Jan. 27, 2020, examined the refurbishment, including the installation of flammable cladding.

According to the Telegraph, this phase was said to be more complex than the first, which took 16 months to complete. Preparation for this phase reportedly unearthed 200,000 documents and the phase was split into eight “modules,” with 21 companies and 600 individuals named as “core participants.”

Among the modules, the areas that were investigated included the refurbishment itself, the testing of the cladding, complaints from residents prior to the fire, the management of the building and the aftermath of it all.

After months of finger-pointing and testimony, in February of last year, the first—and probably only—person from Arconic testified in front of the Grenfell Tower Inquiry, revealing that the company sold panels that it knew were flammable because of costs. Employees from Arconic as a whole made up much of the group that previously refused to testify.

Deborah French, who was the U.K. manager for Arconic from 2007-14 told the inquiry that she knew the polyethylene core panels that were used in the building’s envelope were flammable and that those panels are sold as the default because the fire-resistant version would be “less likely to secure contracts.”

French also admitted to misleading buyers of the panels by saying they were Class 0-certified by the British Board of Agrement, which tests and certifies construction products. However, the certification from the BBA stated that some Reynobond panels “may be regarded as having a Class 0 surface,” despite never having been officially tested and certified.

More than a year after the fire at London’s Grenfell Tower in 2017, former housing secretary James Brokenshire announced that under the new legislation, combustible materials would not be permitted in the exterior walls for new buildings more than 18 meters (59 feet) tall. Those buildings include homes, hospitals, residential care facilities, dormitories and other student accommodations.

The ban limits the use of materials to products that achieve a European fire-resistance rating of Class A1 or A2. The legislation also cleared up what exactly the government meant by an “exterior wall,” defining it as an external wall as anything “located within any space forming part of the wall.” It also includes any decoration or finishes applied to external surfaces, windows or doors; roof pitches at an angle of more than 70 degrees; balconies and devices for deflecting sunlight and solar panels.

The policy also prohibits the use of timber materials in the external wall of buildings in those parameters as well.

Concerns on the cladding ban only including high-rises were raised after a Nov. 15, 2019, fire in Bolton, U.K., in a student housing block referred to as “The Cube.” At the end of January 2020, former housing secretary Robert Jenrick put forth new measures with the goal to move “faster and further to improve building safety,” including:

At the time, the proposal was met with praise from industry members, such as the Royal Institute of British Architects.

In March 2021, it was reported that Parliament was at odds over a levy and taxes that had been placed on the U.K.’s construction industry. While the money raised is earmarked for cladding remediation in high-rise buildings, some say that those who’ve used the correct materials all along were being penalized by the new measures and the added costs would make their way down to homebuyers and cut the availability of affordable housing.

Jenrick unveiled the plan just a month prior, which included the taxes as well as announcing other government funding and measures to try to boost the housing market. The plan involved a 5-billion-pound investment from the government into building safety, that aimed to ensure that no leaseholder will pay more than 50 pounds a month toward the removal and remediation of unsafe cladding.

The Gateway 2 developer levy was targeted and applied when developers sought permission to develop certain high-rise buildings in England. In addition, the new tax, is slated to be formally introduced in 2022, is for the residential property development sector and hopes to raise at least 2 billion pounds over the next 10 years.