Global coatings manufacturer AkzoNobel recently announced that it plans to invest in the expansion of in-house resin manufacturing. According to the emailed release, the expansion is expected to help build resilience against supply disruptions and act as part of the company’s Grow and Deliver strategy.

Already reportedly underway, the scale-up program will also contribute to achieving the company’s financial and Scope 3 (upstream) carbon reduction ambitions. AkzoNobel also notes that it is in line with its “People. Planet. Paint.” Approach.

“All of our businesses use resins, and while we produce a good proportion of what we need ourselves, commodity and other specialty resins need to be sourced from third parties,” explained Michael Friede, AkzoNobel’s Chief Commercial Officer for Performance Coatings. “Further investing in our own resin capabilities will help us to secure sustainable business growth, as well as supporting our innovation pipeline and sustainability targets.”

AkzoNobel reports that the plan, which was developed after an internal resins team investigated opportunities to add value and make the company more self-sufficient, includes investing in sites, equipment and people to optimally run them. 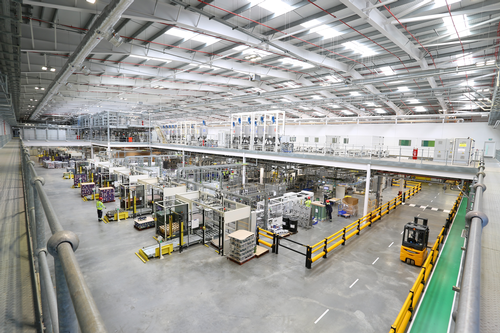 AkzoNobel
Global coatings manufacturer AkzoNobel recently announced that it plans to invest in the expansion of in-house resin manufacturing.

“It quickly became apparent that investing in our own resin capability was the way to go,” continued Friede. “It will enable us to secure raw material supply to optimally support our Grow & Deliver ambitions and, at the same time, we’ll look to generate extra value by leveraging and optimizing the volumes we don’t bring in-house with our network of external partners.

“We’re well aware that demand for resins is only expected to increase. Meanwhile, our resin manufacturing sites have extra production capacity available. So the decision to increase our investment in the production of resins at favorable economics is intended to add important value to our customers and our company.”

Back in September, it was announced that due to a variety of factors, aside from the ongoing COVID-19 pandemic, the industry was witnessing a shortage and price surge in paint.

From the surge of demand by do-it-yourselfers stuck at home, to the strange freeze that took over Texas earlier this year and worsening supply chain issues, the coatings industry has been backed into a corner with no signs of when the market will improve, some experts said.

Wall Street economists have also reported to side with the transitory position.

These shortages, seen mostly in epoxies and acrylics, as well as several types of solvents and additives, are the main issues the industry is facing now, according to equity analyst firm, Morgan Stanley.

In October, global coatings company RPM International Inc. reported that with the purchase of a 178,000-square-foot chemical manufacturing facility in Corsicana, Texas, the company was hoping to strengthen its supply chain and increase resin production amid global shortages.

And, in an updated report in December, it was reported that the industry was still witnessing an increase in costs for raw materials that are becoming even more difficult to find due to supply shortages.

Most recently, global coatings firm The Sherwin-Williams Company announced in a press release that it would be expanding its manufacturing and distribution capabilities in Statesville, North Carolina.