The Feb. 8 letter, which was signed by leaders from the U.S. Conference of Mayors, National League of Cities, National Association of Counties, International City/County Management Association, Council of State Governments, National Governors Association and National Conference of State Legislatures, urges Congress to “swiftly” pass appropriations for the fiscal year 2022.

Current federal funding for most federal surface transportation programs at FY 2021 levels ends on Feb. 18. Funding from the Infrastructure Investment and Jobs Act has not yet been released because Congress and President Biden have not enacted a full-year FY 2022 transportation law at the IIJA-authorized investment levels.

“We urge lawmakers to negotiate in good faith to advance FY 2022 spending legislation and instill confidence in our residents as we navigate through the ongoing pandemic,” the letter stated. “The IIJA represents a historic investment in our nation’s infrastructure, and Congress must ensure that these new resources are made available to state, territory, and local governments as intended under the law.”

The letter also notes that, without this funding, these governments and public transit agencies will not have access to about 20% of funding increase from the bipartisan infrastructure bill for highway formula programs and more than a 30% increase for public transit formula programs. The U.S. Department of Transportation estimates that roughly $45 billion in competitive resources from the first year of the law will go unrealized. 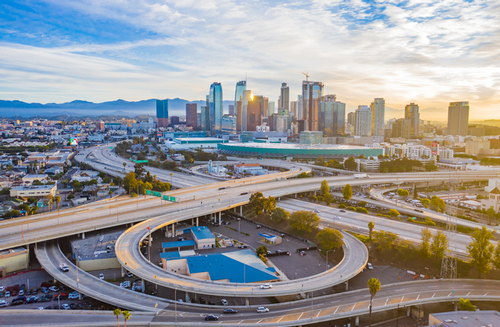 The ARTBA’s 2022 Bridge Report was released at the beginning of the month, reporting that 78,888 bridges in the country should be replaced and 224,000 (36% of all U.S. bridges) need major repairs. States with the most bridges in poor condition are:

Additionally, ARTBA estimates that the cost of repairing the 224,000 bridges would be $60 billion, based on average repair and replacement cost data published by the Federal Highway Administration and submitted by bridge owners, which are typically state Departments of Transportation. At the current rate of repair, it would take approximately 30 years to fix all of the country’s structurally deficient bridges.

“The longer it takes to bridge the political divide on the FY 2022 spending bills, the longer it will take for transportation improvements to get started,” ARTBA President & CEO Dave Bauer said. “We urge Congress to act forthwith so that the American people can begin to realize the benefits of the historic investments in the bipartisan infrastructure law.”

The American Society of Civil Engineers currently ranks the country’s bridges with a “C” grade on its 2021 report card, with an overall "C-" grade for infrastructure in the nation. In this report, 7.5% of the nation’s bridges are considered structurally deficient, with 178 million trips being taken on these bridges every day.

“Our infrastructure is always there doing its job. It’s not until something goes drastically wrong that people pay attention,” noted Maria Lehman, ASCE president-elect. “Civil engineering failure is front-and-center because it’s important to people.”

One recent example of this could include the Pittsburgh bridge collapse at the end of last month, which injured 10 people. The National Transportation Safety Board recently released its preliminary investigation findings for the collapse, but the final report may take over a year to complete. The Fern Hollow Bridge had received an overall “poor” rating since 2011.

ASCE also notes that, to improve conditions, spending on bridge rehabilitation would need to increase from $14.4 billion annually to $22.7 billion annually. Lehman suggested that state transportation departments and local municipalities maximize their funding in regional clusters near each other to take advantage of economies of scale, including lower administrative costs.

“It’s really important that we start to think of systemic solutions instead of one-off solutions,” she declared.

Looking at bridges specifically, Biden announced a new program by the U.S. Department of Transportation in January, targeting the replacement and repair of the nation’s bridges as part of the bipartisan infrastructure law.

The Bridge Replacement, Rehabilitation, Preservation, Protection, and Construction Program (Bridge Formula Program) will be administered by the Federal Highway Administration and represents the largest bridge investment since the construction of the interstate highway system.

USDOT expects for the Bridge Formula Program to help repair approximately 15,000 highway bridges, as well as dedicate funding for Tribal transportation facility bridges and “off-system” bridges, or locally-owned facilities not on the federal-aid highway system.

As an incentive for off-system bridges owned by a county, city, town or other local agency, the new guidance notes that federal funds can be used for 100% of the cost of repairing or rehabilitating the structures. Typically, states must match federal funding with up to 20% state or local funding.

Funds are being allocated to states based on need, with states responsible for deciding what bridge projects get funded. According to reports, the administration is encouraging states to use funds to repair existing bridges when possible, but if choose to build new bridges should prioritize equity and address barriers to opportunity and challenges experienced by underserved communities.

At the beginning of the month, the White House released the first edition of its Bipartisan Infrastructure Law guidebook that contains a comprehensive list of the more than 375 programs and available funding included in the law.

Acting as a “roadmap” for the funding available under the law, as well as an explanatory document that shows direct federal spending at the program level, the 465-page guidebook outlines 12 chapters grouping the programs by area.