The Biden-Harris Administration has taken another step in rebuilding the nation’s infrastructure, on-time and at a reasonable cost with the signing of a new executive order by President Joe Biden.

Signed on Friday (Feb. 4), the order only affects federal construction, requiring the use of project labor agreements (PLAs) for projects costing more than $35 million. The new requirement is not only expected to boost the quality of federal construction projects, but aims to make federal procurement more economical and efficient by improving coordination and minimizing disruptions

As a result of this order, it is believed that taxpayers, contractors and workers will also benefit. 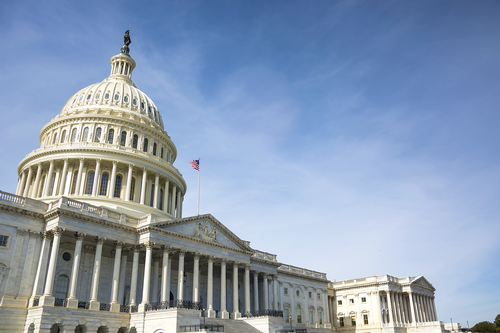 rarrarorro / Getty Images
The Biden-Harris Administration has taken another step in rebuilding the nation’s infrastructure, on-time and at a reasonable cost with the signing of a new executive order by President Joe Biden.

By adopting the requirement of PLAs, multi-million-dollar projects will be better assisted in coordinating diverse contractors, subcontractors and their respective employees. This not only helps to prevent disputes between employers, but minimizes disruptions, further keeping the project on track for completion

The requirement also raises the quality standards for contractors bidding on federal contracts and works to reduce uncertainty in the contracting process, such as standardizing the work rules, compensation costs and dispute settlement processes.

Additionally, the President’s executive order directs the departments of Defense and Labor, along with the Office of Management Budget, to lead a training strategy for the nearly 40,000-person strong contracting workforce on the implementation of this Order’s policy.

The order is effective immediately.

The recent executive order is just one of many steps the Biden-Harris Administration has taken to improve the efficiency of federal procurement.

At the beginning of his presidency, Biden boosted the "Buy American" policies, previously set forth by former President Donald J. Trump. The order mainly reinforces the government procurement and procedure rules, making it harder for federal agencies to purchase imported products or to get an exception to the Buy American rule.

In November, Biden signed the largest federal investment in infrastructure in more than a decade into law. The $1.2 trillion “Build Back Better” legislation is expected to repair roads, bridges, various infrastructure and even buildings.

At the end of that month, as directed in Executive Order 14026, federal contractors in new or extended contracts would be required to pay a $15/hour minimum wage.

And at the beginning of February, Biden released the first edition of its Bipartisan Infrastructure Law guidebook that contains a comprehensive list of the more than 375 programs and available funding included in the law.

The guidebook acts as a kind of “roadmap” for the funding available under the law, as well as an explanatory document that shows direct federal spending at the program level.