Nippon Paint Marine recently announced that, due to high freight rates and workforce limitations caused by COVID-19 measures, drydocking capacities in Southeast Asia are expected to drop by more than 25% compared to pre-pandemic levels.

According to the emailed release, a total of 516 vessels totaling 28mdwt drydocked at Singapore shipyards for paint jobs in 2019, but in 2020 that number decreased to 296 and 316 in 2021. Nippon forecasts similar shortfalls at repair yards across the country.

“We expect the number of vessels drydocking in the Asia Pacific region for a new coating to be 680-800, slightly up on the previous two years but still only 60-70% of the number of vessels that docked in 2019, which had a combined tonnage approaching 76 million deadweight,” said Bill Phua, Managing Director, Nippon Paint Marine (Singapore).

Phua, who recently visited shipyards in Indonesia, Vietnam, Singapore and the Middle East, noted that strict virus safety measures and travel restrictions due to omicron are impacting the availability of workers to carry out the work. 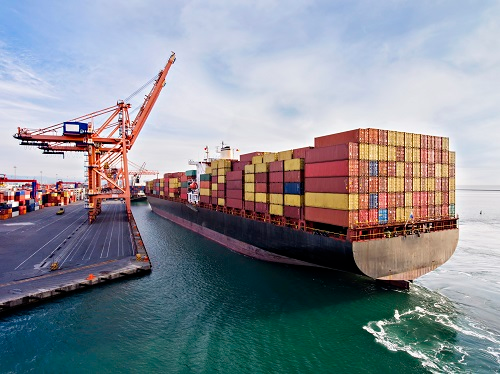 “It does create planning problems, especially at Chinese repair yards where there are very strict quarantine protocols in place. Drydockings are taking considerably longer. We are seeing ships diverted to Vietnam, Dubai,” he said.

However, Nippon also reported that the number of vessels applying more fuel-efficient hull coatings is expected to increase, providing benefits to repair yards and coatings companies. Phua cites COP26’s Clydebank Declaration and the push to create “green shipping lanes,” which will result in a greater focus on hull coating technologies.

“This is now a key consideration for operators specifying a hull coating. An idling ship is more attractive to marine life, so an antifouling that minimizes this risk offers the operator a real and measurable commercial advantage,” Phua said.

“The enforcement of ever stricter rules will require ship operators to comply and up the ante in terms of the technology adopted,” Phua said.

“Investing in greener coatings such as our new FASTAR XI system can improve fuel efficiency by up to 8%, along with a 1.2% speed loss over a 60-month service interval. This helps shipowners better protect both the environment and their bottom line.”

According to the company, FASTAR’s reduced dry film thickness and fast drying time, which is reportedly up to 37% faster for a large container vessel depending on temperature, can help vessel operators minimize time spent in drydock.

In line with the push for greener hull coating technologies, last year, Nippon Paint Holdings Co., Ltd. announced that Nippon Paint Marine was the recipient of the 2021 GREEN4SEA Technology Award, hosted by SAFETY4SEA, a European non-profit organization that “fosters, enlightens and promotes the marine environmental awareness.”

Established in 2016, the GREEN4SEA Awards are an environmental accreditation program that recognizes corporations that contribute to maritime industry from various aspects. This is the eighth year of the award program.

The achievement marks the first time the Technology Award of GREEN4SEA Virtual Awards was given to a Japanese company. In total, the award program has seven categories. For the Technology Award, NPMC was awarded for its Aquaterras antifouling paint. The innovative paint was originally nominated in March.

According to Nippon, Aquaterras is the world’s first biocide-free ship bottom antifouling paint developed using a technology unique to Nippon Paint Marine. Not only does the coating have properties of reducing the friction resistance and cutting fuel consumption by around 10%, but it has no biocide addition. This is in part to its hydrophilic and hydrophobic micro-domain structures that can significantly reduce the frictional resistance of hull through hydrolytic reaction and prevent adhesion of marine organism on the surface.

The coating is reported to be a great contribution to reducing the burden on the marine environment and contributes to safety and health and environmental protection.