Over $2B Funding Allotted for Disaster Recovery

“As our nation continues to grapple with disasters ranging from hurricanes to wildfires, HUD is aware of the urgent need for equitable recovery and resilience,” said HUD Secretary Marcia L. Fudge. “HUD’s consolidated notice ensures that climate justice and racial equity remain central in our work to deliver swift recovery and keep resiliency at the forefront.

“The Department looks forward to continuing to work with communities so that they can get their disaster recovery and mitigation funds as quickly as possible.”

According to HUD’s Consolidated Notice, Community Development Block Grant-Disaster Recovery (CDBG-DR) grantees will be required to incorporate disaster mitigation measures into all its recovery activities involving construction and explain how it plans to advance equitable distribution of the disaster recovery assistance. 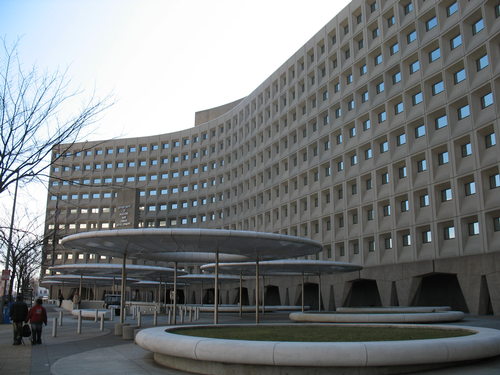 The Consolidated Notice applies to more than $2 billion in CDBG-DR funds allocated by the Department in November 2021, funds appropriated in the continuing resolution and the Extending Government Funding and Delivering Emergency Assistance Act (PL 117-43; the Act), which was signed into law on Sept. 30, 2021.

At the time of its signing, the PL 117-43 appropriated $5 billion in CDBG-DR funds with a focus on mitigation for major disasters that occurred in 2020 and 2021. Allocation of the remaining funds will be made over the next few months to address unmet needs from disasters occurring in 2021.

A full list of states, allocations and disasters covered is available here.

In recognizing that low-income residents and people of color make up the majority of those most affected by climate-related disasters, HUD’s Consolidated Notice plans to accelerate community recovery and ensure that inclusive resilience and mitigation remain central to disaster recovery.

Beyond the Consolidated Notice, HUD also recognizes equitable resilience as a core component of its Climate Action Plan and affirms its commitment with the Biden-Harris Administration.

To ensure the Department’s climate and equity goals for the nation are met, it plans to:

Several months ago, nonprofit flood research and communications group, First Street Foundation, reported that one in four units of critical infrastructure in the United States—such as police stations, airports and hospitals—are at risk of being rendered inoperable due to flooding.

According to FSF, the risks are quantified by an area’s unique level of flooding for each infrastructure type relative to operational thresholds, as established by the federal government and other authoritative bodies.

Over the next 30 years, the report’s analysis finds that risk is expected to increase by the following:

In terms of community risk, the highest concentrations are reportedly witnessed in Louisiana, Florida, Kentucky and West Virginia.

Apart from flooding, various government entities and engineers have been working to prevent damage from other natural disasters such as tornados, earthquakes and fires.

The same month the flood study regarding threatened infrastructure was released, state lawmakers in Oregon passed legislation outlining fire-safe building codes, in addition to the development and maintenance of a comprehensive statewide map of wildfire risk.

Prior to that, in July, the California Hospital Association, along with Gov. Gavin Newsom, proposed an extension to mandate hospitals upgrade their structures to ensure that they can stand up to a major seismic event.

CHA is hoping to extend the deadline from 2030 to 2037, however, the California Nurses Association issued a response statement at the time, opposing the efforts and accusing the hospitals of being motivated by profit.

There are two mandates in this scope that were passed by state legislature following the 1994 Northridge earthquake. They state that first, hospitals need to meet seismic standards to ensure that they don’t collapse during an earthquake and, second, they need to be able to remain operable to serve patients after a quake. Hospitals need to meet the first benchmark by 2025 and the second one by 2030. It’s the second one that CHA is pushing back on now.

In December, Seattle City Councilmembers announced that they were planning to address its over 1,100 unreinforced masonry buildings in need of seismic retrofitting, most of which were built before 1945.

The urgency to consider strategies to better protect these at-risk structures arrived shortly after reports surfaced regarding Seattle’s vulnerability to potential earthquakes and tsunamis.

Plans to mandate retrofitting Seattle go as far back as the 1970s, however, when legislation failed trying to approve new building policies. According to the city’s Funding URM Retrofit Report, a URM Policy Committee was established in 2012 in order to begin developing recommendations for Seattle’s Department of Construction and Inspections through a mandatory URM seismic retrofit program.

That same month, the American Society of Civil Engineers announced the release of its newly updated ASCE/SEI 7-22 with the goal of better protecting infrastructure from tornado damage—a first of its kind in the world.

The new ASCE standard offers guidance to protect buildings from tornadoes ranking from 0 to 2 on the Enhanced Fujita Scale, which translates to winds ranging from 40 mph at the bottom of EF0 to 157 mph at the top of EF2.