Global coatings company PPG recently announced that it was expanding its color options for architectural extrusions and sheet aluminum.

The new colors are being offered for PPG Coraflon Platinum, a fluoroethylene vinyl ether fluoropolymer powder coating specifically engineered for better corrosion protection on the architectural materials as compared to traditional FEVE powder coatings and aims to offer high transfer efficiency rates of more than 20%.

The new coatings were first introduced by PPG in May 2021.

“For more than 20 years, our customers have experienced the color and durability benefits of PPG Coraflon coatings for architectural and aluminum applications,” said Shelley Verdun, PPG Business Manager, Powder, Industrial Coatings, at the time. “With PPG Coraflon Platinum coatings, we are taking those benefits to the next level by offering a global product that not only provides long-lasting durability and performance, but does so in an even broader range of colors, glosses and finishes.” 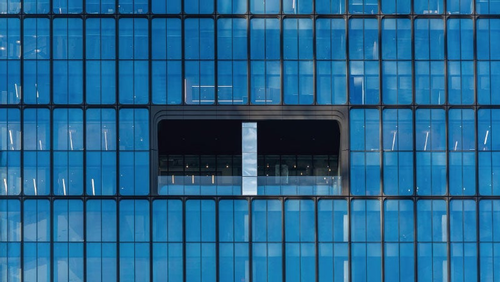 According to PPG, the coatings are compliant with the Fenestration and Glazing Industrial Alliance and American Architectural Manufacturers Association (FGIA/AAMA) 2605 and backed by more than nine years of third-party testing data, passing 4,000 hours of cyclic corrosion testing.

The coatings have also been tested to meet strict environmental standards, including Registration, Evaluation, Authorization and Restriction of Chemicals (REACH) standards in Europe and achieves 70% less e-cap than competing products.

The company adds that the coatings aim to offer an extended gloss range from five to 85 compared to 25 to 70 for standard FEVE powder coatings. This allows the coatings to achieve the look of anodized aluminum when specified in a matte finish, all while providing corrosion resistance and long-term colorfastness not possible with the traditional anodized process.

“There is a new era in protective coatings and the days dominated by black, white and grey are over. PPG Coraflon Platinum provides builders, architects and end-users with the means to achieve their design visions and create virtual works of art with their metal structures,” wrote the company.

Specifically created for PPG Coraflon Platinum, the company recently developed a color palette designed in response to the world’s desire to achieve wellbeing by embracing in new experiences, engaging with one another and escaping to nature.

According to PPG, the themes of the palette are just that: