Researchers from the College of Biological Sciences at the University of Minnesota have recently published a new study demonstrating how silica can be transformed into a self-assembling, dynamic and resilient material.

According to the team, led by distinguished McKnight Professor in the Department of Biochemistry, Molecular Biology and Biophysics, Claudia Schmidt-Dannert, the common material in plaster and other construction materials could revolutionize the industry.

Noted to be dormant in unfavorable conditions and spring to life when conditions are favorable for growth, the research team selected the well-studied benign bacteria, Bacillus subtilis, to further engineer the new material.

The specific bacteria were chosen for its ability to stay stable while on the shelf but could be easily activated when put into use and integrated within a silica structure. 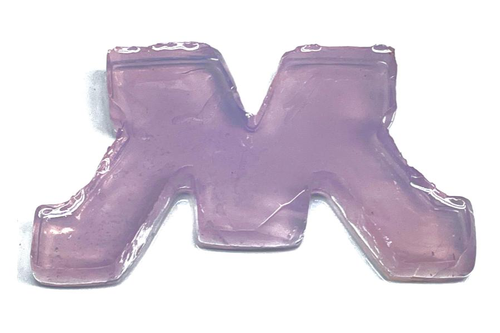 Dr. Sunyoung Kang, Postdoctoral Associate, Schmidt-Dannert Lab
Researchers from the College of Biological Sciences at the University of Minnesota have recently published a new study demonstrating how silica can be transformed into a self-assembling, dynamic and resilient material.

Currently, most engineered living materials rely on adding a living component into the material. While the additive-approach is reported to have its own benefits, researchers report that these types of materials fall short of aspirational material’s ability to grow, self-organize and self-heal.

“The first time we saw that the bacteria and the silica were cross-linking and forming a rigid material was pivotal. At that moment, we knew it was working,” said Schmidt-Dannert.

In a example released by the team, the researchers created a purple-tinted, jello-like, M-shaped block composed of the crosslinked bacteria and silica. The purple tint was a protein produced by the bacteria. However, if the “M” was damaged, all researchers had to do was all nutrients to the structure and any cracks self-healed.

As a result of the team’s initial findings, the researchers have since continued to engineer the bacteria and study optimal approaches to integrate it into silica structures. Thus far, the findings have been enough to provide a framework for further designing novel engineered living materials for coatings, plasters and other key building materials.

The research was funded by the Department of Defense - Defense Advanced Research Project Agency - Engineered Living Materials Program (Contract number HR0011-17-2-0038). The research findings were published in the journal Nature Communications and can be viewed here.

Researchers are not just looking into how self-healing materials can assist the commercial construction industry, however.

Last month, Eleni Chatzi, a professor of structural mechanics at ETH Zurich, released research findings regarding the growth of bridges through the use of seeds.

Chatzi specializes in getting a read on the health of bridges, dams, wind turbines, aircraft and vehicles by using sensors, algorithms and machine learning, and notes that apart from the seeds, the rest of these structures would also be completely composed of organic material.

According to ETH Zurich, engineers must externally install sensors in order to read for tension, deformation, acceleration and other factors, or incorporate the sensors into the design itself. Chatzi noted that this is usually both disruptive, as well as an additional expense.

Though there have been other ventures into researching what is being billed as “self-sensing infrastructure” and a polymer that can repair itself when exposed to carbon dioxide in the air, Chatzi and Mark Tibbitt, a professor at the Macromolecular Engineering Laboratory at ETH Zurich, chose to work on different scale for similar concepts: namely focusing on materials that can heal themselves. This also meant fostering discussion about self-healing materials and infrastructure.

Currently, a workshop and symposium are slated to take place in the spring to further discuss these topics. Many questions remain, including how to ensure infrastructure safety when a bridge can develop a life of its own. There are also concerns over how humans and animals will react to an engineered environment comprised of living organisms