Researchers from China have recently proposed a new method for analyzing cracks in plain concrete linings using the double-K fracture criterion. The study, which was recently published in Applied Sciences, was conducted by the Shanghai Jiao Tong University, Shanghai Marine Diesel Engine Research Institute and the China Academy of Transportation Sciences.

According to the study, cracks, leakage, spalling and displacements are the main indications of anomalies that affect the stability of the tunnel. The lining crack is reportedly the most common and adverse anomaly, providing a key indicator of safety. 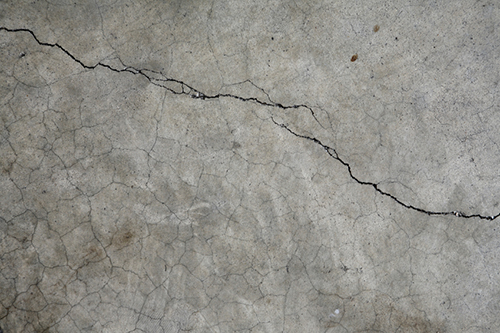 Researchers looked to concrete, the main ingredient of the tunnel lining, and its fracture characteristics. Because of the materials mixed together to form the concrete, including a fine aggregate, a coarse aggregate and cement paste, the poor bonding can create a large number of microcracks, leading to reduced stiffness and strength.

A typical fracture process for concrete consists of three stages:

According to the study, this method introduces two parameters to evaluate the state of the cracks: initiation toughness and unstable toughness. By comparing these two factors against the stress intensity factors, the team is able to evaluate what stage of the fracture process the fracture is in.

The research team then developed a code based on the XFEM-FCM algorithm, a computational tool to detect and identify cracks in structures, to apply this method to tunnel linings and simulate the fracture process of concrete linings.

Last year, scientists from the Polytechnic Institute of the Far Eastern Federal University (FEFU) announced their development of a concrete material that can reportedly seal cracks and restore strength independently.

The study of self-healing concrete is especially relevant for construction in seismically hazardous areas where small cracks appear in structures, as well as in areas with high humidity or rainfall. The research was conducted alongside colleagues form Russia, India and Saudi Arabia, and has since been published in the Sustainability journal.

To create the self-healing concrete, scientists replaced ordinary water traditionally used when preparing the mixture with an aqueous concentrate containing the bacteria Bacillus cohnii, which can survive within the pores of the dried cement stone, filling any resulting damages with calcium carbonate (CaCO3).

After the concrete slabs returned to its original compressive strength, the bacteria “fell asleep” again.

The university notes that spores of the bacteria Bacillus cohnii can live within concrete for up to 200 years, and in theory, could extend the life of structures for that same period—almost four times the service life of conventional concrete.

To conduct the experiment, scientists grew the bacteria Bacillus cohnii in the laboratory using an agar substrate and culture medium, as to force the bacteria to survive within the conditions of the cement stone pores. Crack repair was evaluated under a microscope, while the chemical composition of the repairing agent was isolated and studied using an electron microscopy in addition to X-ray images.

In reaching this discovery, scientists plan to develop a reinforced concrete next, which would further enhance the material’s properties using different types of bacteria with the potential of speeding up the recovery process.