Last week, New York’s first offshore wind farm, South Fork Wind, received the final approval needed for the project to move forward with the start of construction. The project’s Construction and Operations Plan (COP) was approved by the U.S. Department of the Interior’s Bureau of Ocean Energy Management, following the DOI’s Record of Decision in November and a BOEM environmental review.

The COP outlined the project’s one nautical mile turbine spacing, requirements on the construction methodology for the work occurring in federal waters and mitigation measures to protect marine habitats and species.

“This milestone underscores the tremendous opportunity we have to create a new industry from the ground up to drive our green energy economy, deliver clean power to millions of homes and create good jobs across the state,” said New York Governor Kathy Hochul. “As we tackle climate change head on and transition to a clean economy, these are the projects that will power our future.”

According to the release, the wind farm is expected to kickstart New York’s offshore wind industry and power approximately 70,000 homes with clean, offshore wind energy by 2023. 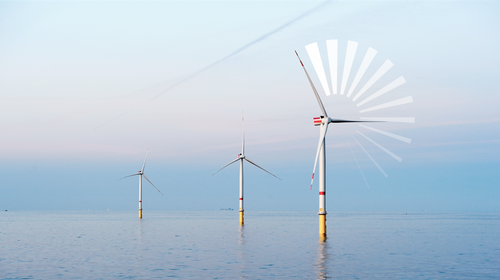 In November, the DOI announced that it approved the construction and operations of offshore wind joint development partners Ørsted and Eversource’s South Fork Wind project, the Department’s second approval of a commercial-scale, offshore wind energy project in the United States.

“We have no time to waste in cultivating and investing in a clean energy economy that can sustain us for generations,” said Secretary of the Interior Deb Haaland at the time. “Just one year ago, there were no large-scale offshore wind projects approved in the federal waters of the United States. Today there are two, with several more on the horizon. This is one of many actions we are taking in pursuit of the President’s goal to open the doors of economic opportunity to more Americans.”

The ROD approved the 130-megawatt project’s plan to install 12 or fewer turbines about 19 miles southeast of Block Island, Rhode Island, and 35 miles east of Montauk Point, New York. The DOI reports that, prior to construction, South Fork Wind must also submit a facility design report and a fabrication and installation report for construction and operations.

The substation will be designed and constructed by offshore fabricator Kiewit Offshore Services, Ltd. Kiewit is reportedly the first American contractor to fabricate a wind farm’s offshore substation.

Once in operation, the substation will collect the power produced by wind turbines and connect the clean energy to the grid.

Throughout the design and construction phases of the projects, Kiewit reports that it will be employing more than 350 fabrication workers from Ingleside, Houston and Kansas. In addition, the company plans to hire hundreds of union workers in the Northeast to support the project, as well as other initiatives in the region.

Construction on the substation was slated to begin in November, with a competition date eyed for spring 2023. Then, crews intend to transport the substation across the Gulf of Mexico and up the East Coast for installation at the South Fork Wind site in the summer of 2023.

According to reports, Ørsted and Eversource expect onshore work to begin by early February. Site preparation and onshore activities for the project’s underground duct bank system and interconnection facility will reportedly be the first to begin.

Offshore installation of the monopile foundations and wind turbines is expected to begin in summer 2023.

Offshore Wind in the US

In May, the Biden Administration announced the approval for construction and operation of Vineyard Wind 1, the nation’s first large-scale offshore wind farm, in Massachusetts. The DOI’s Bureau of Ocean Energy Management approved the plans to construct 62 wind turbines about 35 miles from the state’s mainland.

Work will begin with the building of two transmission cables to connect the offshore wind facility to the mainland. According to the DOI release, the Vineyard Wind 1 project will generate 800 megawatts of electricity annually and power over 400,000 homes.

Vineyard Wind 1 will contribute to the Biden-Harris administration’s goal of 30 gigawatts of offshore wind energy by 2030 and Massachusetts’ goal of 5.6 gigawatts within the same timeline. It will also reportedly be built by union labor and create hundreds of jobs.

That same month, the National Offshore Wind Research and Development Consortium launched a comprehensive U.S. offshore wind supply chain project in November. The purpose of the Supply Chain Roadmap is to present the collective benefits of a domestic supply chain and facilitate the acceleration of the offshore wind industry in the nation.

The project is a partnership between the National Renewable Energy Laboratory, the Business Network for Offshore Wind, the State of Maryland, the New York State Energy Research and Development Authority, and the U.S. Department of Energy.

The project is reported to run in line with President Joe Biden’s—alongside the U.S. Department of Interior, Department of Energy and Department of Commerce—plans to deploy 30 gigawatts of offshore wind in America by 2030, while protecting biodiversity and promoting ocean co-use.

According to the President’s Fact Sheet, if this target is met it will “trigger more than $12 billion per year in capital investment in projects on both U.S. coasts, create tens of thousands of good-paying, union jobs, with more than 44,000 workers employed in offshore wind by 2030 and nearly 33,000 additional jobs in communities supported by offshore wind activity.”

“A key part of President Biden’s energy plan is to ramp up offshore wind as a central part of the US decarbonization plan. But the Vineyard project is really kicking off the industry in earnest. It’s a bit of a watershed. It’s a huge moment for what will be a really exciting market,” said Jonathan Cole, the head of Iberdrola’s global offshore wind business.

“We’ve seen the potential in the US for many years, and we have quite a big pipeline of projects totaling 7,000 megawatts that we’re working on off the coast of Massachusetts, or down the coast of North Carolina. Vineyard is the first of many.”

The creation of these offshore wind farms would also generate enough power for more than 10 million homes for a year and reduce CO2 emissions by 78 million metric tons.

Not only would the domestic offshore wind industry to meet the 2030 target by utilizing this area—New York has a target of 9,000 MW of offshore wind and New Jersey has set a 7,500-MW goal, both by 2035—there would be massive supply chain benefits as well.

According to The White House, in meeting this 2030 target, the supply chain would benefit through new port upgrade investments totaling more than $500 million; one to two new U.S. factories for each major windfarm component including wind turbine nacelles, blades, towers, foundations, and subsea cables; additional cumulative demand of more than 7 million tons of steel—equivalent to four years of output for a typical U.S. steel mill; and the construction of four to six specialized turbine installation vessels in U.S. shipyards, each representing an investment between $250 and $500 million.

To help cover these changes, the U.S. Department of Transportation has reported it will be making available $230 million for port and intermodal infrastructure related projects such as storage areas, laydown areas and docking of wind energy vessels to load and move items to offshore wind farms. The DOE is also making $3 billion available in debt capital, through loan programs, to support offshore wind projects, including transmission systems to link to land-based power grids.