According to Dow’s press release, Singapore Sports Hub is first and largest public-private-partnership sports facility infrastructure project in the world and the first property owner collaboration under Dow’s carbon partnership with the International Olympic Committee.

The project is owned and operated by SportsHub Pte Ltd and is reported to provide a blueprint for what is possible in terms of adaptable, integrated building design, from its intentional multi-use concept to a commitment to using sustainable materials.

“It’s no secret that buildings and construction remain the largest energy-consuming and resource-intensive sector in the world. The question we’ve been asking ourselves at Dow is, ‘What can we do about it? How can we help this industry choose stronger low-carbon solutions that drive advanced performance without compromising on cost, wellbeing, tenant comfort or design freedom?’” said Paul Fong, Country Director, Dow Singapore & Malaysia.

“Through this project at the Singapore Sports Hub, I think we were able to answer that question—and it all starts with collaboration.” 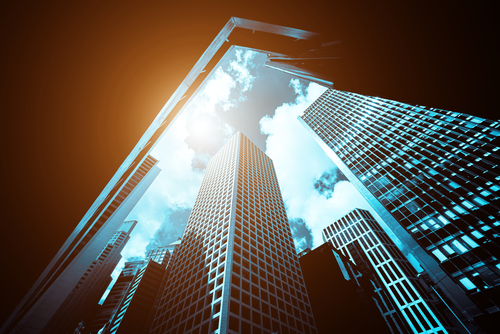 With that being said, during collaboration efforts, Dow and Singapore Sports Hub worked with Arup to quantify greenhouse gas reductions based on the facility’s beyond-business-as-usual energy efficiency performance during its operational lifetime. According to the release, the reductions were noted to successfully surpass local building codes and stringent sustainable requirements for public buildings in Singapore.

In looking at specific materials that made the reductions possible, the companies chose to adopt effective low-energy designs and advanced operating systems and building technologies, such as Dow silicone structural glazing technology. DOWSIL 791 Weatherproofing Sealant and DOWSIL 795 1-Part Structural Sealant were also used to seal the facade and roof panels of the Singapore Sports Hub stadium, retail and indoor office areas.

The silicone solutions were later verified to have contributed in part to the property achieving a net GHG emission reduction of approximately 126 metric tons of CO2e3 over the period of January 2016 to December 2020. It is estimated that approximately 1450 metric tons of CO2e will be saved over the lifetime of the building (calculated as 60 years).

The companies also attribute their combined experience and unique expertise of organizations including DP architects, Arup and AECOM for their success.

“The Singapore Sports Hub project aims to promote a more sustainable, healthy, and active society,” said Lionel Yeo, Chief Executive Officer, Singapore Sports Hub. “This carbon partnership agreement with Dow validates that we have been able to set a new standard for the adaptability and sustainability of large complex projects like ours.

“Take for example the National Stadium at the Singapore Sports Hub. The free-spanning dome of this 55,000-seat venue uses just one-third the steel weight per square meter of other large span structures of this scale, while the bowl cooling system reduces energy consumption by 15% as compared to conventional air-conditioned stadiums.”

In addition to Dow’s recent work at the Sports Hub, the company recently joined national sports agency Sport Singapore and other partners to establish a first-of-its-kind permanent shoe-waste collection ecosystem in Asia Pacific.

Once in operation, the shoe-waste collection ecosystem is slated to recycle rubberized soles and midsoles of used shoes into materials for sports surfaces and playgrounds.

Dow’s 10-year participation in The Olympic Partner program, as well as its tenure as the Official Carbon Partner of the IOC, recently concluded at the end of 2021. During that year, Dow announced that nine of the retrofit structures at the Olympic Games Tokyo 2020 were outfitted with various materials from the company.

“The average lifespan of a building is 50 years, namely due to inevitable damage and wearing of the structure’s skin or envelope. By working with our local customers to deploy Dow’s innovative technologies to these buildings, we’re able to help conserve and enhance existing structures, delivering sustainability gains long after the closing ceremonies.”

The games featured 43 venues in total, including eight new permanent structures, 25 existing venues and 10 temporary sites. According to the company, the retrofit venues aimed to honor the legacy of the Olympic Games Tokyo 1964.

Dow technologies were used in the following repurposed buildings:

One of the legacy buildings was Nippon Budokan, which is one of the three major sites that was originally built for the 1964 games. Dow’s Dowanol Glycol Ethers were used in the water-based coatings system to help reduce damage from moisture, cracking and popping to keep the venue looking fresh. In addition, Elastene Elastomeric Wall Coatings on the exterior walls aimed to provide dirt and water resistance, while paint formulated with Primal Acrylic Polymer was used to help protect the integrity of interior walls.

The company also highlighted another example, the International Broadcast Centre and Main Press Center, which needed to be re-glazed both to enhance aesthetics and stabilize the structure. Dowsil SE 797 Silicone Sealant was leveraged in the canopy/connecting corridor that links the International Broadcast Center with the Main Press Center. The silicone sealant has adhesion and weather protection, and also aimed to help absorb and relieve movement between the structure’s elements to prevent cracks that could result from Tokyo’s hot summer temperatures.