Researchers at the University of Toronto are looking at the adhesion of mussels on surfaces to potentially create new antifouling coatings for infrastructure and medical adhesives. The study, led by professor Eli Sone, was recently published in Scientific Reports.

“There’s a materials science angle, but there’s also a biomedical angle,” said Sone. “On the one hand, these mussels are a problem in terms of what we call biofouling, so we’re looking to design materials or coatings to keep them from clogging water intake pipes, for example.

“But on the other hand, if we understand why they stick so well, that could help us design things like non-toxic biodegradable glues, which could offer an alternative to internal stitches for surgery or localized drug delivery applications.” 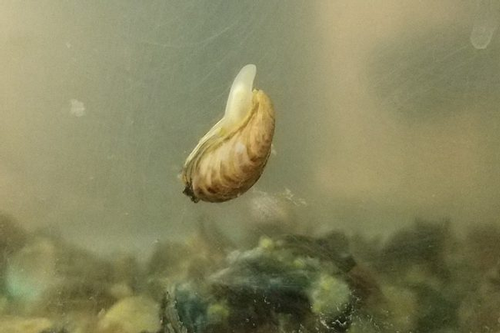 “One of the challenges is how small these mussels are compared to other species,” said Bryan James, who worked on the project as part of his undergraduate thesis, and is now a postdoctoral scholar at the Woods Hole Oceanographic Institution in Woods Hole, Massachusetts.

“The threads they use to attach themselves to surfaces are only a few millimeters long, and as thin as a human hair. You can’t put them in a traditional apparatus for testing tensile strength.”

To solve this problem, the team utilized a pair of fine-tipped, self-closing tweezers, a digital camera and a force gauge to measure how much force was required to break the protein-based glue secreted by the mussels. The mussels were collected from the wild and placed on glass, PVC and PDMS substrates to reattach.

“The actual magnitude of these values was comparable to — or in some cases greater than — reported values for other species of mussels,” James said. “This suggests that there may well be something special about the glue they have evolved.”

Using electron microscopy, researchers scanned the glue left behind on the surfaces after the threads were detached.

“On some surfaces we found that a thin protein residue was left behind after detachment,” said Kenny Kimmins, a current PhD student in Sone’s lab. “This shows that the proteins at the interface interact very strongly with these surfaces even in wet conditions, which most synthetic adhesives can’t do.”

The adhesive residue is known as a footprint, so the newly identified failure was named a “footprint failure” in the study. The occurrence of this failure indicates an incomplete detachment, demonstrating a strong adhesion  from the mussels.

Their research is ongoing, testing on new types of surfaces to prevent fouling of critical infrastructure, as well as investigating the differences in adhesion between freshwater and marine mussels.

Sone added that the current method to remove mussels from surfaces is chemical treatment, which successfully removes the mussels but also kills everything nearby. The study provides some insight as to more environmentally sustainable options.

In addition to creating surfaces that would be harder for mussels to stick to, the research team is analyzing the glues produced by the two mussel species, with a goal of potentially mimicking them in biomedical adhesives.

“Nature has had a few million years’ head start on us in terms of designing high-performance adhesives that are resilient even when wet,” Sone said. “If we can learn from that, we may be able to come up with better solutions than what we have right now.”

Last year, researchers at the University of Delaware received an NSF Career Award to create new durable adhesive joints for concrete structures. Studies are reportedly mimicking mussel adhesion for the development and are aiming to add their work to affordable housing and next-generation infrastructure.

The university announced that Jovan Tatar, assistant professor of civil and environmental engineering and affiliated faculty in the Center for Composite Materials, received the award.

Tatar noted the issues that occur when concrete adhesives are exposed to moisture and points to the special adhesives used in the automotive and aerospace fields.

In addition, the National Institute of Standards and Technology report recently identified externally bonded fiber-reinforced polymer composite retrofits as critical for making concrete infrastructure more resilient to natural disasters or decay. Moreover, the NIST identified the durability of adhesive bonds to concrete in structures where moisture is a significant concern as the highest priority research area.

Enter: mussels. These organisms establish and maintain their adhesion underwater, mostly on substances that are made of minerals similar to concrete.

The thought is that a new, stronger adhesive could join forces with prefabricated structural components and 3D-printed concrete to accelerate production of affordable housing.