Researchers from the University of Waterloo have recently discovered that by applying a thin-film coating of copper or copper compounds on surfaces, SARS-CoV-2—the virus that causes COVID-19—could be more easily inactivated or destroyed.

The engineering graduate students from the university were reported to have first launched the study shortly after the pandemic hit in March 2020.

For their research, the team of students investigated how six different thin metal and oxide coatings interacted with HCov-229E, a coronavirus that is genetically similar to SARS-CoV-2, but safer to work with. 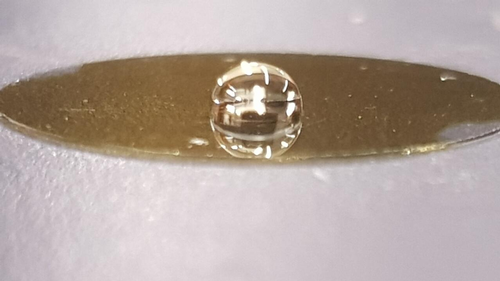 To test the different coatings, the Waterloo students partnered with Wilfrid Laurier University researchers to apply the materials on glass and N95 mask fabric at a thickness roughly 1,000 times thinner than a human hair. Once coated, the fabric and glass pieces were either submerged in a viral solution or exposed to small droplets.

After the virus was removed from the coatings, each extract was placed in contact with healthy cells and measured for its ability to replicate. According to the researchers’ findings, only the copper and the copper-containing compounds had antiviral effects.

Additionally, lead study author Louis Delumeau, who recently graduated from Waterloo with a master’s degree in nanotechnology engineering, discovered that in some cases “nanoscale thin films of copper can come off from the surface and rapidly dissolve in virus-containing droplets, enhancing the virucidal effect.”

Due to this discovery, Delumeau believes that by adding an antiviral coating containing copper to the outside of a mask’s protective material or an inside filter could add an additional layer of safety.

“Not only would a mask that covers the nose and mouth greatly limit the transmission of the virus but adding a coating such as the one we developed could actually kill the virus rapidly and reduce the amount of virus spread,” he said.

The researchers’ antiviral coating could also be applied to high-touch public surfaces and has the ability to be tailored in a way that enhances its interaction with the viral droplet and the antiviral effects.

Moving forward, the Waterloo research group is developing coating techniques for masks and is continuing to explore the dissolution process for smaller droplet sizes, as well as investigating how to control the adhesion of copper films to various surfaces.

Last February, the U.S. Environmental Protection Agency registered copper surfaces for residual use against SARS-CoV-2, the virus that causes COVID-19.

As a result of EPA’s approval, products containing copper alloys were allowed to be sold and distributed with claims that they kill certain viruses that come into contact with them. According to the EPA, this was the first product with residual claims against viruses to be registered for use nationwide. Testing to demonstrate this effectiveness was conducted on harder-to-kill viruses.

In the action, the EPA granted an amended registration to the Copper Development Association for “an emerging viral pathogen claim to be added to the label of Antimicrobial Copper Alloys- Group 1 (EPA Reg. No. 82012-1), which is made of at least 95.6% copper.”

The efficacy testing was supported by the Copper Development Association and conducted according to EPA's protocols. It reportedly demonstrated that certain high-percentage copper alloy products can continuously kill viruses that come into contact with them. Based on testing against harder-to-kill viruses, EPA expects these products to eliminate 99.9% of SARS-CoV-2, the virus that causes COVID-19, within two hours.

In late 2020, Vancouver-based Teck Resources Limited announced that it would be testing its antimicrobial copper coatings on high-touch transit surfaces.

The project was dubbed as the first of its kind on a transit system in North America and is being conducted in partnership with TransLink, Vancouver Coastal Health, VGH & UBC Hospital Foundation, Coalition for Healthcare Acquired Infection Reduction, and the University of British Columbia.

Through the company’s Copper & Health Program, Teck believes that as a major copper producer it can help to increase the use of antimicrobial copper in both healthcare facilities and public spaces to reduce the spread of infections, in addition to raising awareness and improving health outcomes for those most at risk.