According to the Department of Justice, the CISNE Defendants repeatedly violated the federal Toxic Substances Control Act (TSCA) and the EPA’s Renovation, Repair, and Painting Rule (RRP Rule).

“EPA recognizes that all people deserve protection from the hazards of lead-based paint, especially our most vulnerable communities,” said Garcia. “Reducing childhood lead exposure and addressing associated health impacts are one of EPA’s top priorities and we are committed to the robust enforcement of standards that are intended to protect individuals and families.” 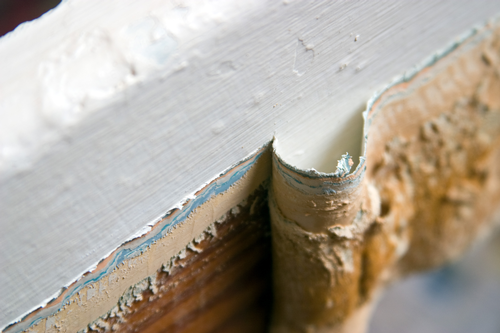 Filed in Manhattan federal court, the complaint alleges that the CISNE Defendants repeatedly failed to use legally required safety precautions when renovating apartments that had been presumed by law to contain lead paint, having been built prior to 1978.

According to inspectors from the EPA and the New York City Department of Health and Mental Hygiene, during a jobsite visit officials found that the CISNE Defendants failed to contain debris and dust during their work. A known exposure hazard, the inspectors reported that construction dust was found not just in the units being worked on, but also in the public hallways accessible to other building residents.

After sampling the hazardous material, officials reported that lead contents found in the dust exceeded both local and federal safety standards.

In addition to failing to contain dust and debris during renovations, the CISNE Defendants have also been alleged of failing to post warning signs at the residential jobsites receiving renovations or taking other steps required by law to protect tenants and workers. As a result of the discovered negligence, the EPA and New York officials report the CISNE Defendants ultimately risked exposing tenants and workers to lead paint dust and had violated TSCA and the RRP Rule.

Upon conducting further investigations, the complaint also includes an additional allegation against the CISNE Defendants, claiming that for years the defendants performed renovations in New York City apartment buildings without the required training or certifications.

This was included in the suit after CISNE Defendants failed to provide EPA with legally mandated records that would allow EPA to audit their work.

“As alleged, the CISNE Defendants repeatedly violated rules designed to protect children and others from lead poisoning during renovations of residential buildings,” said Williams. “Their actions threatened the most vulnerable with severe lifelong injury. This Office will vigorously enforce the laws designed to protect the health of children against violators who disregard the public health and put children at risk.”

The case is being handled by the Environmental Protection Unit of the Office’s Civil Division. Assistant United States Attorney Zack Bannon is in charge of the case.

In January 2021, the final rule to lower the clearance levels for lead that can remain in dust on floors and windowsills after lead abatement was approved and the new standards were incorporated into the Section 402/404 lead-based paint activity regulations as well as the Section 1018 real estate disclosure regulations.

Most recently, in November, the EPA announced plans to hold property management companies (PMCs) responsible for lead-based paint safety requirements. The notice intends to improve compliance and strengthen enforcement of the lead-based paint RRP Rule and the TSCA as they apply to PMCs that perform, offer or claim to perform regulated renovations without certification from the EPA in pre-1978 housing or child-occupied facilities.

On Nov. 4, the EPA published the notice in the Federal Register. However, to hold PMCs accountable for the lead-based paint safety requirements, the EPA must first withdraw previously published answers to two Frequently Asked Questions (FAQs) concerning property management companies and their compliance responsibilities under the TSCA and RRP rule.

The intention to remove the FAQs answers was included in the Nov. 4 notice. There, the EPA explained its rationale for the withdrawal, in addition to the circumstances where PMCs are required to obtain certification from the EPA and ensure that renovations in the homes they manage are performed by certified firms and employees trained to use lead-safe work practices.

According to the EPA, this measure is especially important to underserved and overburdened communities, which often include a high proportion of rental housing managed by PMCs and the military community, where family housing is also often managed by PMCs.

Following the public’s 30-day comment period, the EPA plans to post a memorandum that states whether the withdrawal will take effect as planned, on March 19, 2022.