Researchers from the Beijing Institute of Technology and the Heilongjiang Institute of Construction Technology in China recently published a review on the electromagnetic absorption function in green building materials.

According to reports, due to the increased use of electronic equipment, electromagnetic (EM) radiation in buildings has skyrocketed. This specific type of radiation is created through various electronic transmission emission sources, accompanied by EM wave intervention, human health harm, data security spillages, residential pollution and other issues. 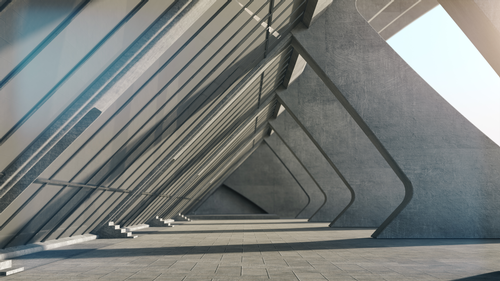 jm1366 / Getty Images
Researchers from the Beijing Institute of Technology and the Heilongjiang Institute of Construction Technology in China recently published a review on the electromagnetic absorption function in green building materials.

To create an environment free of EM radiation, researchers looked to incorporating advanced EM wave-absorbing materials into buildings to mitigate the increasing EM pollution in building spaces. Anti-EM radiation structures that prevent supplementary EM pollution are primarily based on the absorption concept.

As a result, materials based on EM wave absorption became the topic of studies for EM radiation protection in buildings.

In their recently published study, the team reviewed the research progress of building materials with EM wave absorption functions and combed through a variety of classifications, such as cement, concrete, ceramics, prefabs and advanced coating materials, among others, as to outline and evaluate EM wave absorption performance.

The team also discussed the main problems and bottlenecks in its research and highlighted additional potential research opportunities.

In the concrete sectors, researchers studied the potential of prefabricated and EM smart materials within concrete itself. According to the team, prefabricated construction materials can achieve complex structures while also making other elements easier to incorporate. The material is also capable of absorbing EM waves.

The researchers went on to point out, though, that cement's quantity content as an element of concrete is only about 30%, while aggregate's quantity content is about 60%. In making this observation, the team suggests that concrete with cement would be the primary absorption component.

In looking to protective coatings, the team also observed nickel metal as a polymer composite and ceramic green building.

According to researchers, the magnetic force of nickel metal is primarily attributed to the spin of 3D charged particles. However, without an outer EM field, the magnetic particles spin around the comparable anisotropic ground.

In ceramic-based construction, the focus shifts to elastic modulus and water permeability. Because ceramic materials are more commonly used for decorative exterior applications, the effects of a porous structure and water absorption on increasing density of the ceramic surface and stain removal must be considered.

Researchers found that the most effective form of ceramic materials were that of microcrystalline glass floor tiles with both decorative and EM wave absorption characteristics.

Although the team is planning to continue its research into the matter, they note that there is still a lack of adequate system assurances in terms of the actual effect test results, demonstrations and strategies of the business in related research in the area of anti-EM radioactivity building materials.