Coatings for Industry, Inc. (Souderton, Pennsylvania) has recently introduced two new coatings: one that provides resistance to amine blush and another that reportedly bridges small cracks in concrete slabs.

Arriving at a time where cold weather slows down the cure of concrete epoxy coating systems and increases the risk of amine blush on a project, CFI recently introduced its WearCOAT 440FS solution to the industry.

While amine blush won’t typically cause a project to fail, it does create an oily surface imperfection caused by moisture or dew settling on uncured epoxy. To mitigate this from occurring, CFI developed a fast-setting epoxy floor coating using a blush-resistant formula. 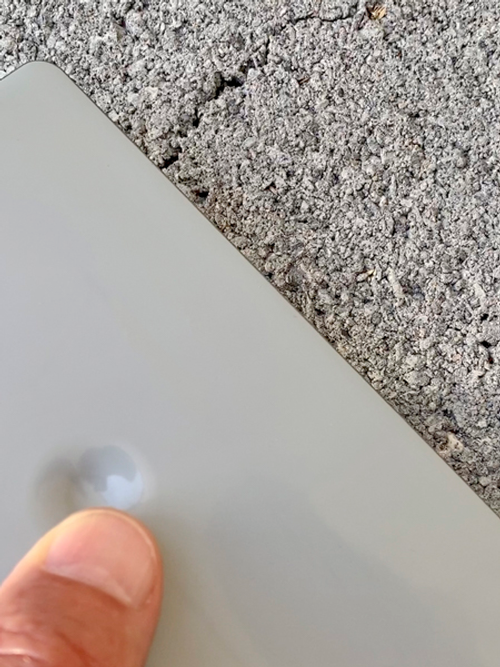 CFI
Coatings for Industry, Inc. (Souderton, Pennsylvania) has recently introduced two new coatings: one that provides resistance to amine blush and another that reportedly bridges small cracks in concrete slabs.

The coatings technology, according to contractors, is easy to apply and allows for crews to take on more projects throughout the winter months when higher humidity and cooler concrete substrates can yield this unwelcome problem.

WearCOAT 440FS is a 100%-solids epoxy mid-coat or top-coat and is formulated to cure fast in temperatures as low as 40 F (4 C). According to reports, the coating’s fast-cure characteristics make it dry to touch in two to three hours and may be recoated in as little as four hours—helping it to resist amine blush.

In November, CFI introduced another epoxy coating to the market: WearCOAT 474 Flexible Epoxy Coating. According to the company, the two-part system is designed to bridge small cracks in concrete slabs but can also be used as a waterproofing membrane to seal floors and help prevent leaks below the substrate.

Formulated to flex under the pressure of loads from heavy equipment and temperature cycles that can cause substrate movement, WearCOAT 474 is capable of 85% elongation. However, the company reports that the coating’s protective qualities can be enhanced by adding fiberglass reinforcement.

The coating works by creating a membrane that can span small cracks and imperfections in the concrete slab while also working as a sealer. Additional reports indicate that the coating will maintain a smooth, even surface on heavily trafficked floors, such as distribution centers and parking facilities.

This particular coating is formulated to be used on top of a primer but can also be used as either a mid-coat or the final coat.

Check out other product releases on CFI’s website or on PaintSquare.