For the tenth consecutive month, The American Institute of Architects reported that the Architecture Billing Index revealed a continued demand for design services.

The ABI score for November was logged at being 51. While the score has slightly reduced from October’s 54.3, any score above 50 indicates an increase in billings and positive business conditions overall. During November, scoring for both the new project inquiries and design contracts moderated slightly, but remained in positive territory, posting scores of 59.4 and 55.8 respectively.

“The period of elevated billing scores nationally, and across the major regions and construction sectors seems to be winding down for this cycle,” said AIA Chief Economist, Kermit Baker, Hon. AIA, PhD. 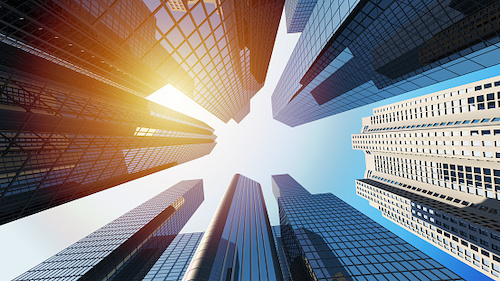 franckreporter / Getty Images
For the tenth consecutive month, The American Institute of Architects reported that the Architecture Billing Index revealed a continued demand for design services.

Despite the continued positive reports over the last several months (all managing to stay above a score of 50), the Institute believes that changing conditions could be on the horizon.

In October, the AIA had logged its ninth positive mark since the beginning of the pandemic in August.

The ABI score for the month fell slightly to 54.3 compared to the 56.6 recorded in September. During October, scoring for both the new project inquiries and design contracts expanded, posting scores of 62.9 and 58.0 respectively.

“Unlike the economy-wide payroll figures, architecture services employment has surpassed its pre-pandemic high,” said Baker at the time. “Staffing continues to be a growing concern at architecture firms and may serve to limit their ability to take on new projects.”

Highlights from the September ABI included:

“The surge in design activity continued in August, signifying an expected upturn in construction activity in the fourth quarter and continuing into 2022,” said Baker at the time. “This expected expansion will magnify the already serious problems of price inflation and availability of many construction products and materials, as well as the emerging labor shortages in the industry.”

“Hopefully, this is the start of a more sustained recovery. It is possible that scores will continue to bounce above and below 50 for the next few months, as recoveries often move in fits and starts,” said Baker at the time. “Beyond the encouraging billing data, architecture employment added 700 new positions in January and has now regained 45% of the jobs that were lost since the beginning of the pandemic.”