When considering the health and safety of abrasive blasting operators and the environment, one aspect of abrasive media that comes to mind are the eco-friendly properties of media itself.

While a varying number of abrasives are effective and common in carrying out both industrial and commercial surface preparations in the coatings industry, some abrasives can present more health risks and unavoidable hazards to the workforce. As such, specific safety measures must be implemented to protect blast operators and others working in the vicinity of blasting.

However, even when these safety measures are carried out to their utmost standards, the potential negative effects that could be experienced by the environment become an additional concern. Although measures such as containment and waste disposal can be employed, by depleting the chemicals in an abrasive product or using an eco-friendlier option, users can reduce waste generation and disposal costs. 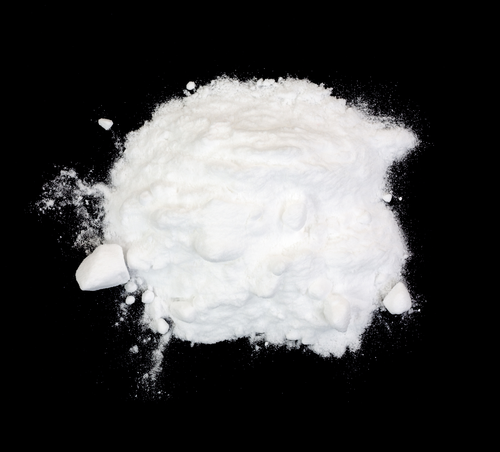 BWFolsom / Getty Images
When considering the health and safety of abrasive blasting operators and the environment, one aspect of abrasive media that comes to mind are the eco-friendly properties of media itself.

As reports will indicate, the abrasives can be utilized for several applications, without the risk of harming the operator via respirable crystalline silica and metals like beryllium or negatively effecting the surrounding project’s environment.

Earlier this year, in May, a settlement was reached regarding a years-long challenge between the Occupational Safety and Health Administration and several companies that produce or use blasting materials containing trace amounts of beryllium.

Filed in the U.S. Court of Appeals for the Eighth Circuit, the settlement includes an agreement from OSHA to make changes to its communications about the beryllium rules to clarify that they apply to all abrasive that may contain beryllium—not just slags—and that the surfaces themselves that are being blasted can also contain beryllium.

In the settlement, the details of the verbiage that OSHA promises to change (10 points of interest in total) are outlined in Appendix A. OSHA has to make the changes with 60 days. A few highlights include:

The verbiage was a real sticking point for the industry (in addition to the rules themselves), according to Dominic DeAngelo, Director of Sales and Marketing at Harsco Environmental, who talked with PaintSquare Daily News in December 2019.

“It’s important to recognize that all blasting operations have exposure to hazardous elements, as well as surfaces, coatings and substrates—but that’s why the industry is already highly regulated. OSHA has sometimes referred to one or more specific abrasives [in the context of the beryllium rule] but what it’s done has caused confusion. This [rule] would apply to any kind of abrasive blasting media. Because beryllium is a naturally occurring mineral it will be found in trace amounts virtually in every kind of media,” DeAngelo said, adding that some companies claim that they’re exempt from the rule, “and that’s not the case.”

The service line, previously named Applied Products, features 62 products for iron and steel, road making and abrasives, roofing, construction and cement industries. According to the press release, the new name better reflects the company’s impact on the environment, while striving to provide a sustainable alternative to raw material by being more cost effective and offering higher performance.

Some years prior, manufacturer Strategic Materials, announced the launch of its 100% recycled glass abrasive.

Because it is made of crushed glass, Strategic Materials says, the new abrasive does not carry some of the risks associated with other abrasives, which can put workers in danger of health problems from respirable crystalline silica and metals like beryllium.

Additionally, because the glass the abrasive is made of is recycled, the company points out that it brings environmental benefits with it.