The thixotropic coating reportedly slows down the reaction of metal ionization and repels water, while resisting sagging and running. EcoShield can also be dried in ambient temperatures up to approximately 500 F (260 C), depending on product color choice of clear, black or aluminum.

“Slip coatings are very important for electrical conduits because they reduce the coefficient of friction on the inside of the pipes. This makes it easier to push electrical wiring through the tubes when they are installed,” stated Cortec in a release. “By combining a slip coating with Cortec VpCI corrosion inhibitors, EcoShield VpCI-386 HT Slip Coating helps electrical conduit manufacturers and users tackle two challenges at once.” 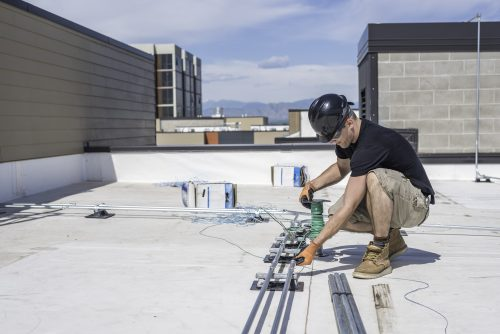 According to the company, corrosion protection with slip coating may be necessary in several phases of the piping life cycle, including:

Providing protection in a variety of conditions, the slip coating is UV resistant to resist cracking or chipping from prolonged exposure to sunlight. Its design to withstand high temperatures, such as exposing the piping to extreme heat to cure coatings, allows the coating to not be destroyed in the manufacturing process.