Russia Cracking Down on Counterfeit Coatings

The Russian Building Ministry has developed a series of amendments to hold individuals who are producing or selling counterfeit coatings criminally accountable in the hopes of benefitting the sales of legal producers.

According to reports, studies have suggested that counterfeit and falsified coatings make up about a quarter of the Russian coatings market. Some market research has suggested that this number could reach 40%.

Producers of counterfeit coatings can currently be fined in Russian—however, depending on how long they’ve been manufacturing, they can still end up with a profit after paying the fine and typically repeat the process.

“It is possible to develop the real estate market and guarantee the safety of its operation only if there is control over the quality of the products used at the construction stage,” said Susana Kirakosyan, a member of the Russian Chamber of Commerce and Industry. 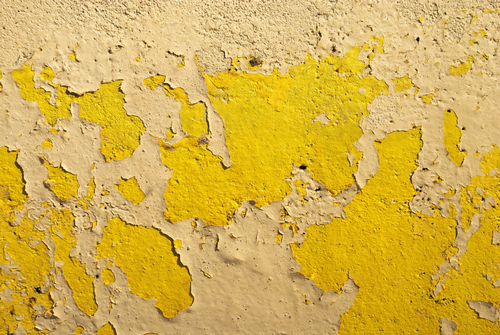 NoDerog / Getty Images
The Russian Building Ministry has developed a series of amendments to hold individuals who are producing or selling counterfeit coatings criminally accountable in the hopes of benefitting the sales of legal producers.

“However, in terms of introducing a special composition into the Russian Criminal Code, one should be careful. As practice shows, the introduction of separate chapter is not a guarantee of a solution to the problem, but this may conflict with the general corpus delicti.”

Kirakosyan added that it is, however, correct to talk about revising the state of control over the market.

According to an unnamed source in the Russian building industry, specific plans and liability requirements should be seen before assuming anything about their market impact. Criminal liability also does not mean jail time, but possibly larger fines than already determined in the Russian Administrative Code.

“Better catching illegal producers might be a good idea. Besides, there are concerns that legal companies could face problems for involuntary mistakes made during the production process, which leads to disparities between the declared and actual product composition. If I were a legislator, I would try to avoid that by all means,” the source added.

As of now, the new amendments have not been presented to the Russian Parliament.

Russian Building Ministry spokesperson Vladislav Tkachenko told local newspaper Izvestia that counterfeit products are products that are fake under someone else’s brand, while falsified coatings are created without government standards.

“For this reason in Russia neither administrative nor criminal sanctions are applied for the production and supply of falsified today. There is no state policy to counter its production and distribution,” Tkachenko stressed.

While the coatings are often both counterfeit and falsified, falsified products are generally extremely poor quality and produced in violation of safety regulations established by Russia. According to Alexander Ruchev, chairman of the building materials commission at the public council, falsified product labels always have incomplete or inaccurate information about their makeup and quality

“Currently, the market for industrial coatings is flooded with fakes. According to various studies, they account for up to 20 percent of the market,” said PK Kurs, the Russian anticorrosive coating producer.

“Industrial coatings are purchased, as a rule, in large quantities at once, which is beneficial to counterfeit manufacturers,” the company said, adding that those fakes are not only counterfeit, but also falsified, which means they have no anticorrosive properties at all. Deceived customers are likely to suffer huge losses by using these products.

“The use of such materials undermines the quality of work, and the resource of heat supply systems in our case, decreases as a whole.”

Poor quality counterfeit and falsified coatings also pose a health and safety risk to consumers. In Russia, these coatings reportedly come from what has been named “a garage segment,” in which private individuals mix paint to produce the cheapest product possible in their own garages.

Plans to act against garage workshops and counterfeit coatings were announced by the government in 2018, with Prime Ministir Dmitry Medvedev condemning the illegal product problem. However, no big action has reportedly been taken.

“There are still a lot of low-quality products on the market for some types of building materials,” said Anton Solon, Executive Director of the Russian Building Materials Association. “The use of counterfeit products not meeting safety requirements and not having the proper level of quality is dangerous to the life and health of people.”

In an attempt to keep costs low, public facilities such as hospitals and schools can choose these counterfeit coatings as they offer the best price. Among illegal producers, tile adhesives, paints and solvents are purportedly the most popular products.

“We see that nearly in half of all cases, the causes of fires, accidents in the construction industry, building collapses are precisely poor-quality building materials and components,” said Andrey Kolochinsky, Managing Partner of the Russian building company VectorStroyFinance.

“Counterfeit building materials can also contain components that emit harmful chemicals and radiation. Buildings constructed using such materials are harmful to the environment, and living in them is dangerous to health.”

However, some Russian paint manufacturers argue that the counterfeit coatings concern is “overrated” and that the amount of counterfeit products has decreased.

“The industry doesn’t see big problems with counterfeit coatings. Our assessment shows that a 25 percent share [of counterfeit coatings] in the building industry is not the same in the coating segment. It is significantly lower,” said Gennady Averyanov, Chairman of the Russian association of coating producers Centrlack, adding that before hitting the market all coatings have to obtain state registration certificate confirming product quality.

Averyanov added that if there are any fake products under the brand, they are typically solved by the companies themselves, using several tools designed to prevent faked production on the market.