The U.S. Environmental Protection Agency recently announced that it has invited 39 new projects to apply for Water Infrastructure Finance and Innovation Act loans.

“Far too many communities still face significant water challenges, making these transformative investments in water infrastructure so crucial,” said EPA Administrator Michael S. Regan. “The WIFIA-invited projects will deliver major benefits like the creation of good-paying jobs and the safeguarding of public health, especially in underserved and under-resourced communities.

“This program is a shining example of the public health and economic opportunities that will be achieved under President Biden’s Bipartisan Infrastructure Law.”

Projects selected by the EPA to apply look at impacts of extreme weather events, the climate crisis, cybersecurity, green infrastructure and water reuse. Approximatey $1.2 billion in loans are available to support infrastructure in historically underserved communities. 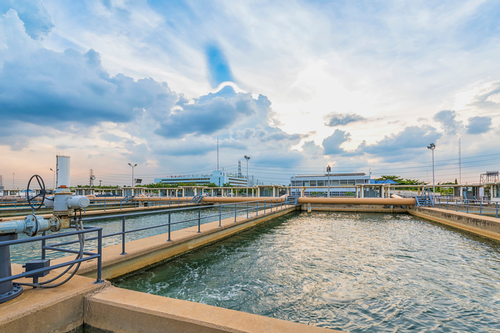 In a goal to diversify the program, the EPA selected three small communities, with populations of 25,000 or less, for WIFIA loans totaling nearly $62 million. The EPA reports that entities in Connecticut, Delaware and Hawaii are invited to apply for the first time.

A full list of invited projects can be found here. Four projects were also added to a waiting list for WIFIA loans:

The federal loan and guarantee program was established by the Water Infrastructure Finance and Innovation Act of 2014 by the EPA. The goal of the program is to accelerate investment in the nation’s water infrastructure by providing long-term, low-cost supplemental credit assistance.

In total, since 2017, WIFIA has selected 189 projects to apply for WIFIA loans. The EPA reports that selected borrowers have requested nearly $29 billion.

The Agency has announced 63 loans that total over $12 billion in credit assistance for $26 billion in water infrastructure projects. It has reportedly created more than 73,000 jobs and saved ratepayers over $4.5 billion.

In looking at last year's numbers through a WIFIA program report released in February, the Agency only closed 27 loans, totaling over $4 billion. However, despite the challenges faced last year in wake of COVID-19, the Agency reports to have $11 billion worth of projects in the pipeline and a portfolio of 41 loans which supplied $7.8 billion in total financing.

“With the recent selection of 58 new projects, including a record number of projects serving small communities, drinking water needs, and lower-income populations, I am looking forward to what 2021 holds for the program and the new opportunities we will have to help finance critical water infrastructure projects,” wrote Jorianna Jernberg, Acting Director, WIFIA Management Division.

In breaking down the program’s accomplishments and funds requested by project type:

At a glance, projects were given loans ranging between $16 million to $700 million, with 19 projects receiving loans under $100 million. The report adds that 78% of these loans are still under construction.

A full list of WIFIA closed loans can also be viewed here.

Earlier this year, the EPA announced a series of WIFIA loans totaling $300 million for a variety of water infrastructure upgrades.

“Through water infrastructure investments and programs like WIFIA, we can improve public health and protect the environment while creating jobs and supporting better equity in water affordability,” said Regan at the time. “Today's announcements underscore the potential community benefits of building back stronger by investing in water infrastructure under the American Jobs Plan.”

Regan, alongside elected and local officials, formally announced the loans last week, reporting that the latest slew of upgrades would take place in Washington, D.C., Louisville, Kentucky and the Florida Keys.

According to reports, the savings realized from the three loans can be passed on to customers through continued service improvements from additional infrastructure investments or greater rate stability throughout the lives of the loans. Combined, the construction and operation of the projects are slated to create more than 1,900 jobs.

In looking at the project in Washington, D.C., the District of Columbia Water and Sewer Authority received a loan totaling $156 million to help finance water infrastructure improvements throughout the city, including new water mains to improve drinking water quality and reduce service disruptions resulting from breaks in aged pipes.

The loan will finance nearly half of DC Water’s $319 million Comprehensive Infrastructure Repair, Rehabilitation and Replacement Program, improving water infrastructure for its more than 700,000 residents. The program includes a combination of 20 drinking water and wastewater projects to rehabilitate, upgrade, and/or replace aging infrastructure throughout the system. Project construction and operation are expected to create more than 1,000 jobs.

The project will also protect the Potomac and Anacostia Rivers from sewage contamination by upgrading stormwater management systems and collecting and treating wastewater at the Blue Plains Treatment Plant.

In Louisville, Kentucky, the $97 million loan will be used by the Louisville and Jefferson County Metropolitan Sewer District to upgrade Kentucky’s oldest and largest water quality treatment center, as well as improve wastewater infrastructure to benefit local communities while saving money.

The loan will finance nearly half of the $197.8 million project costs and will save MSD an estimated $15 million in financing costs. Project construction and operation are expected to create more than 600 local jobs and spur more than $850,000 in local community investment.

Specifically, the loan will help finance the Florida Keys Imperiled Water Supply Rehabilitation Project to replace a reverse osmosis plant that will provide a reliable alternative water supply during emergencies. In addition, the loan is also expected to support additional upgrades to aging infrastructure throughout the system, including 12 miles of aging pipes and an underperforming water distribution pump station. These upgrades will help improve the system’s climate resiliency and mitigate the impacts of more frequent and severe hurricanes.

EPA’s WIFIA loan will finance nearly half of the total project cost of $100 million—saving the Florida Keys Aqueduct Authority an estimated $13 million. Project construction and operation are expected to create more than 300 direct and indirect jobs.