The New York City Department of Buildings recently announced the official passage of major legislation in the City Council to update the city’s Construction Codes with the aim of keeping the city on the forefront of building safety and innovation.

“These updated Codes provide a solid foundation on which the future of our city will be built,” said Buildings Commissioner Melanie E. La Rocca. “I want to thank my colleagues at DOB, along with the hundreds of government and industry experts that volunteered their time on our Code Revision Committees, who worked tirelessly to advance these Codes.

“Those efforts will make our built environment safer for everyone living, working and visiting in our great city. Looking further afield, it is my hope that these Codes will also serve as a model for other cities, looking to build their own more resilient and sustainable future.”

According to the DOB, there are more than 600 revisions and changes being made to the city’s codes. Most of the updates are slated to go into effect next year, with some updated regulations taking effect as early as Jan. 1, 2022.

In deciding on what revisions to make to the city’s codes, technical committees used the highest international standards for the design, construction and maintenance of buildings as a baseline. The committees were reportedly comprised of engineers, architects, attorneys, planners, tradespeople, representatives of the construction industry, labor, real estate industry and utility companies, as well as DOB and interagency stakeholders.

Although updated regularly regarding construction in both new and existing buildings, the latest slew of changes are the first holistic update to the entire set of NYC Administrative, Plumbing, Building, Mechanical and Fuel Gas Codes since 2014. 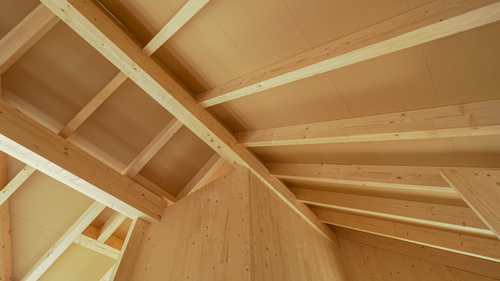 helivideo / Getty Images
The New York City Department of Buildings recently announced the official passage of major legislation in the City Council to update the city’s Construction Codes with the aim of keeping the city on the forefront of building safety and innovation.

Changes are also slated to be made to sustainability and resiliency enhancements. The highlights from this section include:

“The future of our built environment is essential to decarbonize the city and improve the lives of New Yorkers,” said Ben Furnas, Director of the Mayor’s Office of Climate and Sustainability. “We applaud the Department of Buildings and the City Council for this thoughtful update to the construction codes that will advance the safety, affordability, and sustainability of our buildings, and act as a model for cities around the world.”

By approving the use of mass timber in construction of buildings of up to 85 feet tall (six to seven stories tall), the city will be better equipped to become a leader in carbon sensitive large and tall wood building. The new mass timber construction codes include the use of cross-laminated timber as a structural material for low- and medium-rise buildings.

While CLT materials have previously been used in construction projects across the city, reports indicate that those projects required extensive additional permits to be completed.

“The legalization of some mass timber products, such as CLT, for shorter buildings, is welcomed by New York City's architects,” said AIA New York director of policy Adam Roberts. “New York City-based architecture firms have been designing mass timber buildings for years throughout the country and world.

The revision to the city's codes follows an update to the International Building Code (IBC) by the International Code Council (ICC) earlier this year that allows mass timber buildings of up to 270 feet tall. In 2020, the two released a joint publication: Mass Timber Buildings and the IBC, which aims to provide an overview of requirements for mass timber construction as found in the 2015, 2018 and 2021 IBC.

The document highlights changes beginning with the 2015 International Building Code that allow for construction of mass timber buildings with larger heights and areas than was permitted for buildings of wood construction types (Types III, IV and V) prior to the 2015 IBC.

The document also reviews the 2015 IBC recognition of cross-laminated timber, the reorganization of heavy timber provisions in the 2018 IBC, followed by the changes in the 2021 IBC and International Fire Code for tall mass timber construction.