At the beginning of the month, global specialty chemicals company Nouryon announced that it had launched full-scale production at its organic peroxide greenfield site in Tianjin, China.

According to Nouryon, organic peroxides are essential in manufacturing a wide range of polymers used in the PVC and composites industry.

The site, consisting of three manufacturing facilities, is expected to better support the increasing demand of the packaging, paints and coatings and construction industries within the region. All sites are reported to be equipped with the latest technology for safety, energy efficiency and environmental protection.

“Asia is an important growth market for Nouryon and the start-up of our new organic peroxide facilities in Tianjin is a significant milestone for us,” said Nouryon Chairman and CEO Charlie Shaver. “We have a long history in Asia and this strategic investment demonstrates our commitment to growth and delivering innovative and sustainable solutions that answer society’s needs, today and in the future.” 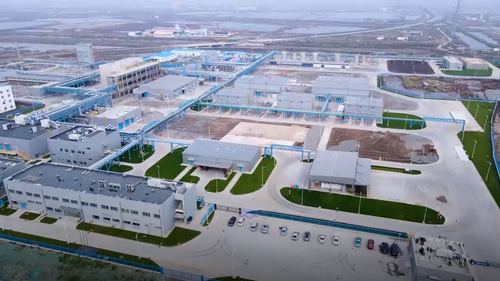 Nouryon
At the beginning of the month, global specialty chemicals company Nouryon announced that it had launched full-scale production at its organic peroxide greenfield site in Tianjin, China.

The facilities are also reportedly equipped with the latest wastewater and environmental treatment systems and utilize the world’s leading safety processes to minimize discharge of waste to air.

“We are excited to launch our modern and innovative organic peroxide manufacturing facilities in Tianjin, where we have introduced some of our groundbreaking new innovations,” said Johan Landfors, Executive Vice President and President of Technology Solutions and Europe at Nouryon. “This investment underscores our technology leadership in our products and manufacturing processes, our dedication to growing with the polymer industry in the region and our continued commitment to our customers in Asia.

“Nouryon is dedicated to further improving our environmental footprint and safety performance and we are proud that the new facilities exceed China’s stringent safety and environmental standards.”

Production and Products for the Industry

In line with these recent efforts, in October, Nouryon announced that it had opened a new manufacturing facility in Ningbo, China, to meet increasing demand in the Asia region for polymers used in the packaging, paints and coatings and construction end-markets.

The new facility began development in 2020 and has an annual capacity of 35,000 tons. The facility will produce two key intermediates: tert-Butyl hydroperoxide (TBHP); and tert-Butyl alcohol (TBA)—which are essential ingredients in the production of polymers and composites.

“Nouryon is pleased to further support our customers across Asia now that operations are up and running at our new China facility,” said Alain Rynwalt, Vice President of Polymer Specialties at Nouryon at the time. “This investment supports Nouryon’s commitment to meet the growing needs of our customers in the region for products such as safe and hygienic food packaging, paint resins and PVC pipes.”

“Nouryon is the market leader in Polymer Specialties because of our technology leadership, innovation focus and our global manufacturing footprint,” added Johan Landfors, Executive Vice President and President of Technology Solutions at Nouryon. “This facility allows Nouryon to further strengthen the reliability of our regional supply of organic peroxides in Asia.”

And in August, Nouryon introduced a new innovative solution via emailed press release that is reported to enable high-performance coatings and adhesives to withstand harsh environments in the construction, automotive, aerospace, marine and energy industries.

Thioplast EPS 35 is a high-performance modifier for formulations that combines the capabilities of various epoxy modifiers in one product, enabling customers to achieve durable coatings and adhesives while reducing the complexity of their formulations.

The company reported at the time that its purchase hoped to strengthen its supply chain and increase resin production amid global shortages. The facility was procured from ChampionX Corporation and plans to add capacity of alkyd resin, a key material used in the company's Rust-Oleum paint.

Due to a variety of factors, aside from the ongoing COVID-19 pandemic, the industry is witnessing a shortage and price surge in paint.

From the surge of demand by do-it-yourselfers stuck at home, to the strange freeze that took over Texas earlier this year and worsening supply chain issues, the coatings industry has been backed into a corner with no signs of when the market will improve, some experts say.

According to RPM CEO Frank Sullivan, roughly 30% of all the alkyd resins were lost after an explosion earlier this year at a major producer in Ohio shut down the supplier. The dwindling resin supplies, in turn, have resulted in 30-50% increases in price.

When available, epoxy resins are roughly double what they were a year ago and acetone is also up 90%.

These shortages, seen mostly in epoxies and acrylics, as well as several types of solvents and additives, are the main issues the industry is facing now, according equity analyst firm Morgan Stanley.