The industry has continued to see an increase in costs for raw materials that are becoming even more difficult to find due to supply shortages. Factors from the COVID-19 pandemic to the Texas Freeze in February and Hurricane Ida in August, as well as reinstated taxes on imports from last year, have all played a hand in the resin shortage.

The dwindling supply of resin has not just affected the coatings industry, but also plastic water bottle manufacturers and the automotive industry.

Other shortages in the automotive industry, however, have slowed down production, providing relief on the demand for resin supplies. Commodity grade resin supply availability has also reportedly improved, with spot prices for polyethylene and polypropylene resins declining. 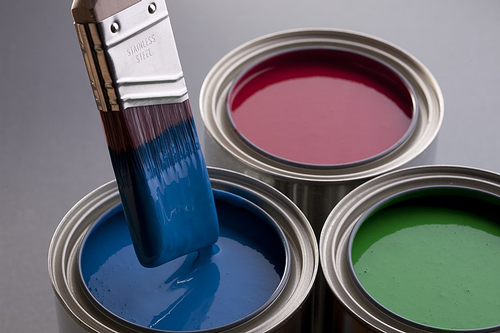 United Soybean Board, CC-BY-2.0, via Wikimedia Commons
The industry has continued to see an increase in costs for raw materials that are becoming even more difficult to find due to supply shortages.

"It could be a little breath of fresh air for resin users," said Sudeep Suman, a Director at AlixPartners.

The U.S. Bureau of Labor Statistics show the market has leveled out for the moment, with manufacturers stockpiling materials in preparation for the shortage and price increases.

"Current inventories are at record levels, so we're seeing supply and demand balancing out," Suman said. "Preparing for it softened the effect."

However, Suman expects resin supplies to be limited through the winter and into next year. BCF also report that they expect higher costs to stay.

"We're not out of the woods yet," Suman said. "Winter is coming."

According to survey data from AlixPartners, more than 60% of manufacturers reported a resin shortage in October. Even worse, some management consultants think that the issue could persist for up to three years or until production can catch up with demand.

While manufacturers could use recycled resin, Suman reported that reground resin prices have also witnessed a price increase of 30-40%. Ferriot, an Ohio company whose specialties include injection molding and resin selection, recommended its customers approve multiple resins for use in their products so they have options when shortages arise.

For RPM, Sullivan reports that the company has switched from petroleum-based resins to organic and bio-based resins when possible, and is also “sourcing some raw materials offshore that previously we had not been.”

In looking to the company’s new facility, although Sullivan reports that it plans to make RPM’s supply chain more resilient, it’s not meant to replace RPM’s main suppliers. Overall, the purchase is just another way some companies are looking to increase capacity themselves.

The plant will “add long-term resilience in our supply chain, improve fill rates and more easily expand production of a number of our high-growth product lines in the coming quarters and years,” Sullivan said.

While the facility should help, in addition to RPM’s efforts to find alternatives, Sullivan expected the company will help to ease shortages going into November.

The Sherwin-Williams Company released its financial earnings report for the 2021 third quarter in October, citing decreases in the quarter were primarily due to raw material availability combined with higher raw material costs.

"Our suppliers are now reporting that the impacts of Hurricane Ida are more severe and will be longer lasting than initially thought. Production of several key resins, additives and solvents, expected to resume by late September, has been pushed out," the company's CEO John G. Morikis said.

The company’s release stated it would purchase a specialty polymers manufacturer to increase its internal resin manufacturing capacity.

"We see the opportunity to add millions of pounds of additional capacity to its footprint in the near term with relatively minimal investment," Morikis said.

From the surge of demand by do-it-yourselfers stuck at home, to the strange freeze that took over Texas earlier this year and worsening supply chain issues, the coatings industry has been backed into a corner with no signs of when the market will improve, some experts said in September.

Wall Street economists are also reported to side with the transitory position.

Equity analyst firm, Morgan Stanley, reported that the inflation will continue through the first half of next year then veer into deflation for the second half. In specifically refencing the coatings industry, the firm said this represents “the peak of raw material availability issues/cost inflation, but just the early stages of price achievement against it.”

These shortages, seen mostly in epoxies and acrylics, as well as several types of solvents and additives, are the main issues the industry is facing now, according to the firm.

Additional research conducted by the Federal Reserve on the matter found that producer prices for painting and coating manufacturing rose 10.6% in August compared to last year. The jump is the largest the market has seen since January 2009. At the same time, sales totals also witnessed a rise, climbing 7.8% annually in June to $1.34 billion.