Last week, the U.S. Environmental Protection Agency asked its Science Advisory Board to review draft documents regarding health effects of per- and polyfluoroalkyl substances. The request for review is a result of recent scientific data regarding the negative health effects of lower levels of perfluorooctanoic acid (PFOA) and perfluorooctane sulfonic acid (PFOS) than previously understood and that PFOA is likely a carcinogen.

“This action will ensure a rigorous review from experienced scientists to strengthen our understanding of this preliminary information as the agency works toward developing revised health advisories for PFOA and PFOS, and soon establishing regulations that protect communities from these contaminants.”

The four draft documents include: 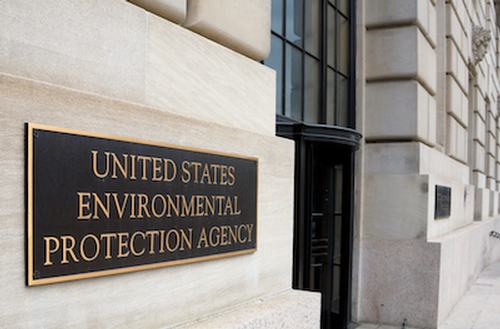 © iStock / Skyhobo
Last week, the U.S. Environmental Protection Agency asked its Science Advisory Board to review draft documents regarding health effects of per- and polyfluoroalkyl substances.

According to the EPA, following peer review, this information will be used to develop Maximum Contaminant Level Goals and a National Primary Drinking Water Regulation for PFOA and PFOS. The agency is also seeking independent scientific review of these documents.

“EPA will not wait to take action to protect the public from PFAS exposure. The agency will be actively engaging with its partners regarding PFOA and PFOS in drinking water, including supporting their monitoring and remediation efforts,” stated the press release, also citing the recent Bipartisan Infrastructure Law, which invests $10 billion to help communities test for and clean up PFAS and other emerging contaminants in drinking water and wastewater

The EPA announced plans in September to develop three new rulemakings in regard to identifying opportunities to better protect public health and the environment through regulation of wastewater pollution.

“To protect drinking water supplies, recreational waters, and aquatic ecosystems, it is essential that we utilize the latest scientific and technological breakthroughs in wastewater treatment,” said Assistant Administrator for Water Radhika Fox. “This plan illustrates one way that EPA is following science to better protect public health and the environment. Importantly and for the first time, EPA is committing to limit PFAS in wastewater discharges.”

According to the EPA, the decision to initiate the three new rulemakings arrives after concluding several studies previously discussed in its Effluent Guidelines Program Plan 14. The agency has determined that revised effluent limitations guidelines (ELGs) and pretreatment standards are warranted for:

At the end of last month, Regan announced the creation of the Agency’s PFAS Strategic Roadmap to address contamination regarding per- and polyfluoroalkyl substances.

The PFAS Strategic Roadmap officially sets a series of timelines for the EPA to take specific actions and set bolder policies regarding PFAS. In addition, the plan also pledges to conduct more research and testing on hundreds of other PFAS, potentially listing additional compounds as hazardous substances in the future to better safeguard public health, protect the environment and hold polluters accountable.

By 2023, the roadmap aims to set a final rule for PFOS and PFOA regulation in drinking water and will designate two compounds as hazardous substances. That same year, the Agency intends to provide updated research on the available methods for disposing of or destroying PFAS through landfills, thermal treatment and deep-well injection.

“This roadmap will not solve our PFAS challenges overnight,” wrote Regan in the roadmap document. “But it will turn the tide by harnessing the collective resources and authority across federal, Tribal, state and local governments to empower meaningful action now.”

“We need to gain a stronger and more complete science-based understanding of the problem, so we can put in place durable solutions that keep people healthy,” Regan said.

A full copy of the PFAS Strategic Roadmap can be viewed here.