In a recent press release, the British Coatings Federation (BCF) announced that it had joined other sectors in pledging to achieve net zero carbon emissions by 2050.

At the time of the late October announcement, BCF also reported that it would be committing to new targets for its paint recycling scheme, PaintCare. The ambitious new target calls for increasing the percentage leftover paint reused, recycled or remanufactured from the current 2% to 75% by 2030.

The recent commitments were made at a BCF Board of Directors meeting in Manchester and are slated to be backed by more detailed Net Zero Roadmaps for each BCF sector. 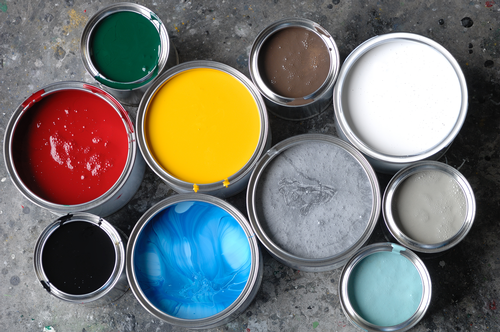 MaxMaro / Getty Images
In a recent press release, the British Coatings Federation (BFC) announced that it had joined other sectors in pledging to achieve net zero carbon emissions by 2050.

“With the 26th United Nations Climate Change Conference (or COP26 for short) fast approaching, there has rightly been an increased focus on sustainable action, but our sector has been continuously working on improving key sustainability metrics for over 25 years,” said Tom Bowtell, CEO of BCF.

“I’m delighted the BCF Board has set ambitious targets for both Net Zero and leftover paint recycling, and we will be working hard with our members in the next 12 months to ensure a clear roadmap to achieve both objectives is in place.”

In August, the United States’ PaintCare program announced that it had collected more than 50 million gallons of paint from homes and businesses.

“We are excited to announce our 50 millionth gallon of paint collected across ten programs,” said PaintCare President Marjaneh Zarrehparvar, at the time.

“We are grateful to our partners—paint and hardware stores, household hazardous waste facilities, and other organizations, working together with paint manufacturers to take responsibility for leftover paint and lower the cost of paint management. Our program offers new options for households, businesses, and institutions to dispose of leftover paint responsibly, diverting it from landfills to be recycled into new paint products, or put to other beneficial uses.”

PaintCare programs are available in states that have passed paint stewardship laws and provide a statewide network of locations where the public can recycle leftover paint, stain and varnish. According to PaintCare, the laws aim to ensure that everyone involved in the production, sale and use of paint work together to manage the entire product life cycle of paint.

The program is funded by a fee on sales of new paint and remitted to PaintCare by paint manufacturers to operate the program. The fee funds all aspects of the program in each state, including paint collection, transportation, processing and public education.

Oregon was the first to pass such a law in 2009, and over the past decade was followed by similar laws in California, Colorado, Connecticut, the District of Columbia, Maine, Minnesota, Oregon, Rhode Island, Vermont, Washington and, most recently, New York, where a new program is expected to begin operation in 2022.

According to the organization, there are more than 2,000 drop-off sites across all of PaintCare’s programs, most at paint and hardware retail stores. In addition, PaintCare has managed paint from more than 5,840 collection events.

“As PaintCare is surpassing this impressive milestone, it continues to hone its operations and public outreach efforts. Recently, the organization lowered its threshold to quality for a large volume pickup from 200 gallons to 100 gallons, measured by container size (not liquid volume), creating a new opportunity for large scale paint collection for many more consumers,” the organization said in a statement.

More recently, in October, the Ontario Government announced that due to new consumer eco fees for a wide range of products, its new Hazardous and Specialty Products (HSP) Regulation would be driving up manufacturing costs.

Already reported to be higher than in other jurisdictions in Canada, the increased costs will be passed on to customers in the Ontario area. Despite the changes, there has yet to be evidence published showing that the increased eco fees will produce better waste recovery outcomes, according to a Sept. 16 press release from the Canadian Paint and Coatings Association.

The changes arrive as Canada witnesses a 20-year high inflation in consumer costs, and raw material supplies for manufacturers are 20–100% higher than before the pandemic, the CPCA said.

According to reports, the Ontario paint and coatings recycling program annually recovers enough paint to coat more than 220,000 average-sized homes and has consistently met or exceeded annual targets.

In 2019, the paint industry’s regulatory fees for a normal operating year for the paint recycling program were $325,000, or 30% of the regulator’s fees. Earlier this year, the Resource Productivity and Recovery Authority approved new regulatory fees, totaling $1.1 million.

The increased fees stem from the Authority’s increased staff, which has grown from 10 to 50 in four years, in addition to a more than 300% increase from annual operating costs.

The Canadian Paint and Coatings Association reports that the $1.1 million will have to be paid before the end of the year. This represents 58% of the total regulatory fees charged under the new HSP regulation for nine product categories, representing close to a 400% increase for paint recycling.

Additionally, the upward trend is expected to continue as the Agency spends more on IT costs for information the Association reports is already provided by industry.

The Association went on to note that the Ontario HSP regulation is the latest manifestation of what has been a seven-year transition from the Waste Diversion Act (WDA) to the Resource Recovery and Circular Economy Act (RRCEA). The latter Act was inherited from the previous government in Ontario, but fully embraced and supported by the current government.

While the Association says it fully supports product stewardship and waste recovery, having supported the collection of more than 53,000 tons of leftover paint, it insists that it might be time to incorporate arbitrary fee-setting approaches and new regulations.