At the beginning of the month, The Dow Chemical Company announced plans to introduce the world’s first commercially available program for carbon-neutral silicones in building facades.

According to Dow, the ground-breaking innovation will allow builders to design with more freedom by engineering less impact, as carbon-neutral silicones can reduce the carbon needed to produce the silicone polymers that are the building blocks of its products to net zero. The World Green Building Council reports that the building sector is responsible for approximately 39% of global CO2 emissions, which includes both embodied carbon and building operations.

The program will select PAS 2060-verified carbon-neutral silicones, which are slated to decrease the environmental impact of buildings and contribute to achieving regional and global targets for CO2 reduction. The verification is internationally recognized for organizational carbon-neutrality.

Although the production of Dow’s silicon products still require energy, the use of them is reported to require very low energy in applications such as prefabricated facade elements and glass insulation, which will help to significantly improve the energy efficiency of buildings. 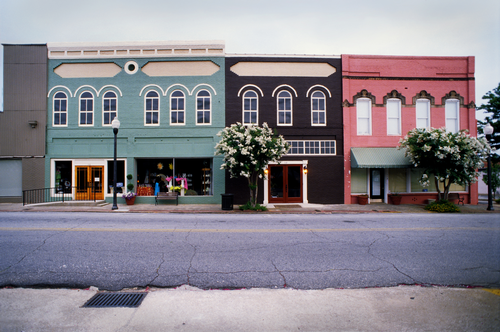 LawrenceSawyer / Getty Images
At the beginning of the month, The Dow Chemical Company announced plans to introduce the world’s first commercially available program for carbon-neutral silicones in building facades.

Operating under the DOWSIL Carbon-Neutrality Program, the silicones are also intended to be used for structural glazing, insulating glass and weather sealing. The durability of the silicones is proven to last more than 50 years in insulated building envelopes. For silicone sealants, Dow adds that the carbon ration conserves up to 20 times more energy than what is needed to produce them for insulated glass.

Plettau adds that he is positive that silicone will remain the technology of choice when it comes to building and construction, not only because of its long-term performance and carbon footprint ,but also because it equips buildings with enhanced energy and greenhouse gas emissions performances.

“The carbon-neutrality program for DOWSIL Silicone materials is not only an advantage for architects, builders and building owners, but also a key to achieving significant ongoing carbon reduction through integrated design solutions, allowing these industry professionals to design with more freedom by engineering less impact.”

Dow’s carbon-neutral silicones will be able to contribute to additional international green building certification points. Each product will have an Environmental Product Declaration (EPD) that communicates transparent and comparable information about the life-cycle environmental impact of our products.

For over 20 years, Dow has been recognized for its efforts in investing in sustainability. In 2020, the company was named to the Dow Jones Sustainability World Index by S&P Global. At the time, Dow was also named to the DJSI North America Index, with the company noting that it had performed well in Operational Eco-Efficiency, Labor Practice Indicators and Environmental and Social Reporting.

Regarding other Green Building Council initiatives, however, earlier this year in the United States, the USGBC announced 15 cities and counties that planned to commit certification with support of the LEED for Cities Local Government Leadership Program.

Launched in 2017, the program is backed by USGBC and the Bank of American and has reportedly contributed more than $1.75 million to support 56 cities and counties in their pursuit of LEED certification. The program aims to help local governments committed to reducing climate change and advancing resilience and social equity by measuring and tracking performance using the LEED for Cities rating system.

At the time of its announcement, the USGBC added that more than 120 cities and communities had achieved LEED certification.

In other recent news involving green building facades, Lawrence Berkeley National Laboratory confirmed in May that the USGBC was piloting a new credit for the installation of cool exterior walls in new homes, schools and commercial buildings for the purpose of mitigating urban heat islands.

Berkeley noted that with the pilot credit, it was a test integration for cool walls into the USGBC’s LEED ratings for buildings. The credit was written by Berkeley Lab scientist Ronnen Levinson based on peer-reviewed research by the University of South California and Berkeley Lab. The study found that reflective walls could lower urban air temperature much like reflective “cool roofs.”

Berkeley added that the idea is to surface exterior walls with a solar-reflective paint or cladding. Reflecting sunlight out of the city reduces urban heat. To qualify for the LEED pilot credit, buildings must cover 75% of a building’s exterior with a cool wall material that reflects at least 60% of sunlight, among other specifications.