Recently, The American Institute of Architects confirmed in a new report that the Architecture Billing Index logged its eighth consecutive positive month.

The ABI score for September rose to 56.6 compared to 55.6 in August (any score above 50 indicates an increase in billings). Although scores for both new projects inquiries and new design contracts moderated slightly, AIA reported that the ABI remained in positive territory, posting scores of 61.8 and 54.7, respectively.

“The ABI scores over the last eight months continue to be among the highest ever seen in the immediate post-recession periods that have been captured throughout the index’s history,” said AIA Chief Economist, Kermit Baker, Hon. AIA, PhD.

“However, it’s unlikely that revenue increases at architecture firms can sustain this pace. Given that growth in both new design contracts and project inquiries have moderated in recent months, we expect to see a similar path for the ABI.” 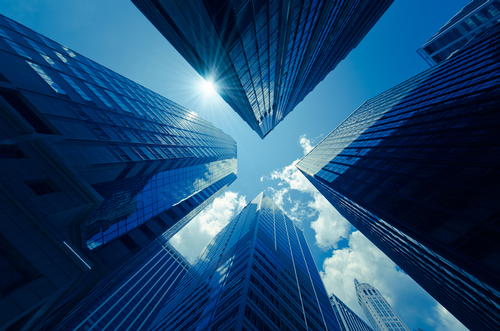 Previously, the AIA had logged its seventh positive mark since the beginning of the pandemic in August. The ABI score for the month rose to 55.6 compared to 54.6 in July (any score above 50 indicates an increase in billings). Scores for both new projects inquiries and new design contracts moderated slightly but remained in positive territory, posting scores of 64.7 and 56.6, respectively.

In April, AIA confirmed that the ABI had logged its second positive mark since the beginning of the pandemic—growing to a score not seen since pre-Great Recession, according to the institute.

The ABI score for March rose to 55.6 compared to 53.3 in February. Scores for both new projects inquiries and new design contracts strengthened to 66.9 and 55.7, respectively. March also reportedly marked the first time in three years that all building sectors and regions posted positive scores.

“As business activity at architecture firms moves sharply toward recovery, it is very encouraging to simultaneously see such positive indicators of future project work increasing in the pipeline,” said Baker at the time. “The activity architecture firms are seeing is a positive bellwether not only for the construction outlook, but also for the larger economy.”

Other key highlights from the March ABI included:

The month prior AIA reported an ABI of 53.3. The February ABI was the first positive mark since before the COVID-19 pandemic, in February 2020. It was also a boost from January’s score of 44.9.

“Hopefully, this is the start of a more sustained recovery. It is possible that scores will continue to bounce above and below 50 for the next few months, as recoveries often move in fits and starts,” said Baker at the time. “Beyond the encouraging billing data, architecture employment added 700 new positions in January and has now regained 45% of the jobs that were lost since the beginning of the pandemic.”