“The program that we’re doing, it’s really indicative of what’s been going on with Tampa over the past five to eight years, with the explosive growth that’s going on,” said Todd Anderson, Chief Operating Officer of Sheltair. “And our business is growing along with it.

“There’s people that are not flying on the airlines right now. They’d rather fly privately,” Anderson continued during a groundbreaking ceremony at the company’s campus. “We have seen a surge in that because of people not wanting to fly on a commercial airline.”

According to reports, the project will involve the construction of a new 109,000 square foot hanger and office expansion and was approved to meet the growing needs of local aircraft operators.

Ranging from 14,562 to 33,269 square feet, the hangers are slated to feature four 28-foot doors to accommodate for various sized-planes and large-cabin aircraft, such as G650 or Global 7500. In addition, the hangers will also include build-to-suit office spaces. 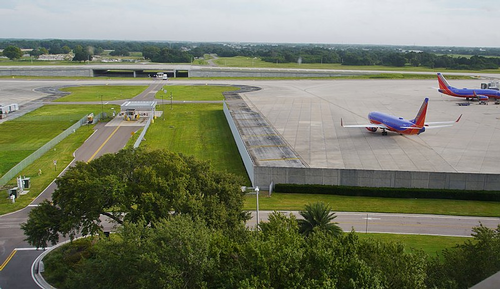 “This new hangar development is testimony to that extraordinary commitment which will add 150 temporary full-time jobs while supporting a vibrant region of commerce and culture,” said Sheltair President Lisa Holland in a statement.

The company reports that tenants of the new facility will benefit from Sheltair’s award-winning full-service FBO onsite, which features a 29-foot arrival canopy to welcome passengers. The airport is also reported to offer 24-hour U.S. customs, executive board rooms and a convenient location across the street from the International Plaza mall, easy access to major highways, situating the FBO mere minutes to downtown Tampa and Raymond James Stadium.

“The growth of general aviation and private aircraft operations has been one of the success stories of the past few years, even throughout the pandemic,” said Tampa International Airport CEO Joe Lopano.

Sheltair reports that it is currently pre-leasing space for the facility.

Last year, construction plans for the Tampa Airport were being debated in wake of the COVID-19 pandemic and resulting drop in air travel traffic.

“We’re going to put our plans and dreams on hold,” Lopano told the Hillsborough County Aviation Authority in June. “These are tough decisions, but we continue to operate. We haven’t skipped a beat at this airport.”

The Tampa Bay Times reported at the time that the biggest single project to be impacted was the Airside D project, which had planned to add 16 new gates for domestic and international flights with a price tag of $690 million.

That project was slated to be complete in 2024, instead it was delayed until then.

Lopano added that officials would continue to reevaluate as the market comes back and noted that projects that are already underway in the airport’s larger, $2 billion expansion plan would continue.

Tampa wasn’t the only airport—in the state, let alone the country—to reconsider renovation plans in light of the global health crisis. Officials with the Greater Orlando Aviation Authority announced in the month prior that they had cut into the budget for the Orlando International Airport’s South Terminal project.

Before the health crisis, the airport was committed to spending $4 billion on overall construction and expansions, including the $3 billion terminal project. In wake of the pandemic, however, the authority agreed to cut $371 million total—$226 million from the terminal plan.

The reductions saw a plan downgrade from 19 planned gates to 15, which eliminated the need for an entire wing and related facilities.

In other states, such as Pennsylvania, airport plans were suspended entirely, including the $1.1 billion overhaul for the Pittsburgh International Airport, which officials confirmed had been put on hold indefinitely.

Unlike Tampa, officials in Pittsburgh wouldn’t speculate on how long the project would be delayed, though the terminal was expected to be complete in 2023, with project bids originally anticipated to be released by the end of this year.