An interdisciplinary research team led by College of Engineering Assistant Professor Michael Maughan at the University of Idaho has recently been awarded nearly $4 million to develop 3D-printing technology.

Issued by the National Science Foundation’s (NSF) EPSCoR Research Infrastructure Improvement Program, the team has been tasked with developing a technology to turn Idaho wood waste into a medium for 3D-printing building construction materials.

“We’re developing a new composite material, using completely bio-based resources on a truly large scale,” Maughan said. “With this technology, houses and commercial buildings can be made entirely differently. We can push past climate change, mitigate impact on our environment and make better use of the natural resources we have.”

The funding is expected to last through 2025 and will support additional development and testing of the additive manufacturing process and the design and construction of a 3D printer. Once fulfilled, the 3D printer is expected to be capable of producing modular walls, floors and roof panels from wood waste for industrial construction. 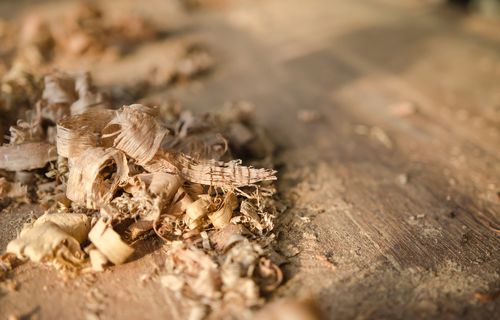 Since 2019, the U of I team has been working in collaboration with the College of Art and Architecture’s Integrated Design Lab and the College of Natural Resources on an advanced 3D-printing technology that utilizes binding agents and wood fibers. The wood waste and sawdust collected from mills and wood processing plants isn’t currently used by the lumber market, making it an ideal renewable material.

According to the U.S. Energy Information Administration, 60% of global waste is produced from the construction sector. Maughan adds that with the material’s unique carbon sequestration potential, the new 3D-printed material could reduce those numbers significantly.

With the newly awarded funding from NSF, researchers from Auburn University will also be joining the team to refine the binding agents.

As a result of the multi-year project, the university expects that the 3D-printing technology will positively impact the state’s construction industry. Despite rapid urbanization globally, Maughan said the U.S. construction industry experiences productivity losses of hundreds of billions per year.

“Housing construction has very low productivity in terms of time invested and return,” Maughan said. “When you build a house, the contractors show up, they have to lift up the structure, frame it in. A number of things can disrupt the process—weather, manpower, tools, skill sets. It’s all very inefficient.”

Earlier this year, in July, researchers of Aalto University (Espoo, Finland) reported that they had found a way to turn wood waste into a coating that resists abrasion, stains and sunlight better than traditional coatings. The team was reportedly studying lignin, a natural polymer in wood and other plant materials, to create what was being billed as a “safe, low-cost and high-performing coating for use in construction.”

In the team’s paper, published in Applied Materials & Interfaces, researchers argued that lignin is a natural polyphenol that can be used to cure epoxies, but its poor water solubility has impeded its use in coatings in the past.

According to researchers, with the GDE/CLP ratios of 0.65 and 0.52 g/g, the cured films became highly resistant to abrasion and heat and, when applied as a coating on wooden substrates, the coating enabled effective protection against water, stains and sunlight with very thin layers (less than half the weight of commercial coatings) while retaining the wood’s breathability.

The team says that optimal hydrophobicity was reached with a coat weight of 6.9 g(CLP)/m2, resulting in water contact angle values of up to 120 degrees.

The Aalto team isn’t the first to look at lignin. In 2018, engineers based out of the University of Maryland, College Park, developed a method involving compression that makes wood stronger than most titanium alloys by way of removing lignin.

Liangbing Hu, the leader of the research team, noted at the time that the treatment method made the wood “12 times stronger than natural wood and 10 times tougher.”

The process began with the removal of the wood’s lignin, which is responsible for making the wood brown and rigid. The wood was then compressed at 150 degrees Fahrenheit, which packed the cellulose fibers closely together. As a result, any defects were crushed together. A coat of paint was also added, to extend the treatment process.

The research team discovered that when the fibers were pressed together, they could form strong hydrogen bonds. The wood was also five times thinner than it had been originally. To test the wood’s strength, the team shot bullet-like projectiles at it; a projectile went straight through the natural wood, but the treated wood stopped it halfway through.

“It is both strong and tough, which is a combination not usually found in nature,” said Teng Li, the co-leader of the team, at the time. “It is as strong as steel, but six times lighter. It takes 10 times more energy to fracture than natural wood. It can even be bent and molded at the beginning of the process.”

According to Hu, the treated wood could be used in cars, airplanes and buildings, in “any application where steel is used.”  Hu also noted that soft, more environmentally friendly woods, like pine or balsa, could replace woods like teak in furniture and buildings.