Nonprofit flood research and communications group, First Street Foundation, has recently reported that one in four units of critical infrastructure in the United States—such as police stations, airports and hospitals—are at risk of being rendered inoperable due to flooding.

“Our nation's infrastructure is not built to a standard that protects against the level of flood risk we face today, let alone how those risks will grow over the next 30 years as the climate changes,” said Matthew Eby, Founder and Executive Director of the First Street Foundation, in a statement.

According to FSF, the risks are quantified by an area’s unique level of flooding for each infrastructure type relative to operational thresholds, as established by the federal government and other authoritative bodies. 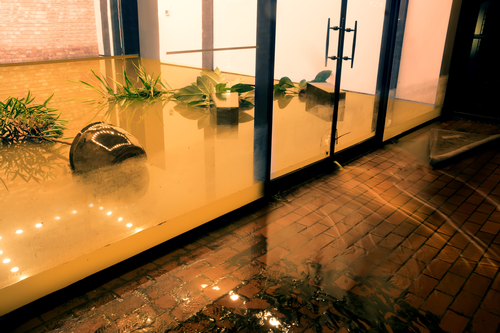 irin717 / Getty Images
Nonprofit flood research and communications group, First Street Foundation, has recently reported that one in four units of critical infrastructure in the United States—such as police stations, airports and hospitals—are at risk of being rendered inoperable due to flooding.

Over the next 30 years, the report’s analysis finds that risk is expected to increase by the following:

In terms of community risk, the highest concentrations are reportedly witnessed in Louisiana, Florida, Kentucky and West Virginia.

A full copy of the report can be viewed here.

At the beginning of the year, researchers from Stanford University found that the United States has spent nearly $199 billion in flood damages over the last three decades.

However, researchers went a step further than just comprising a spending report and further indicated that the flooding experienced from 1988 to 2017 as a result of intensifying precipitation—consistent with predictions of global warming—was responsible for one-third ($75 billion) of the total financial costs.

The research was published in the journal Proceedings of the National Academy of Sciences and was reported to have helped resolve a long-standing debate about the role of climate change in the rising costs of flooding and provided new insight into the financial costs of global warming overall.

To settle the debate of how much climate change has actually contributed to the rising financial costs of flooding—the most common, widespread and costly natural hazards—researchers looked at socioeconomic factors like population growth, housing development and increasing property values, in addition to correlations between precipitation and flood damages.

Previously, the university noted that other studies focused either on very detailed case studies or just participation correlations.

To start, researchers looked at higher resolution climate and socioeconomic data where they applied advanced methods from economics to quantify the relationship between historical precipitation variations and historical flooding costs. The research team also looked at methods from statistics and climate science to evaluate the impact of changes in precipitation on total flooding costs.

As a result, the analyses showed that not only did climate change contribute substantially to the growing cost of flooding in the U.S., but that if the nation were to exceed the levels of global warming agreed upon in the United Nations Paris Agreement, the effects would only grow and continue to worsen.

Through this framework, the team found that changes in precipitation accounted for 36% of the actual flooding costs that occurred in the U.S. from 1988 to 2017 and was primarily driven by increases in extreme precipitation.

Moving forward, the research team hopes that their approach can be used in observing other types of natural hazards and climate impacts against different sectors of the economy and to other regions of the globe to help understand the costs and benefits of climate adaptation and mitigation actions.