The Associated Builders and Contractors of Florida recently announced that it has created an industry task force for building structure and safety discussions.

Developed as a result of the deadly building collapse in Surfside, Florida, the internal advisory panel of industry experts aims to play a critical role in discussions relating to building structure safety, according to the ABC of Florida.

“While we do not yet have all the facts of what caused the Champlain Tower to collapse, we know that the ongoing safety and integrity of older buildings will be a topic of discussion during the 2022 Legislative Session,” said Gary Griffin, ABC Florida Board of Directors Chairman. “We want to be a constructive part of any discussion moving forward and be ready and able to offer industry input and feedback in real time.”

Members of the internal Task Force, representing the five chapters throughout Florida that make up the statewide association, include:

According to reports, the ABC of Florida represents more than 2,000 member companies and is noted to be the largest commercial construction association in Florida, and the “Voice of Commercial Construction” in Tallahassee. 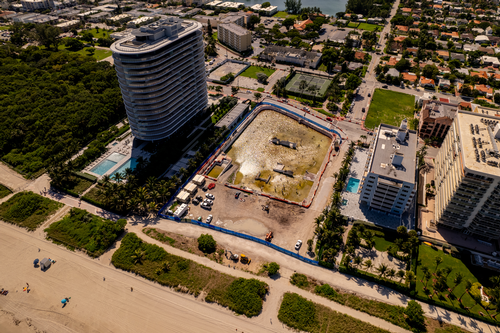 felixmizioznikov / Getty Images
The Associated Builders and Contractors of Florida recently announced that it has created an industry task force for building structure and safety discussions.

On the newly developed panel, Griffin concluded, “Safety education and quality control process have always been an important part of the culture for ABC and our member companies. We hope to provide industry input to our legislature and assure that we never see another tragedy like this again.”

According to NIST, the technical investigation will be organized around specific projects that will seek to understand the full history of the building, including its design plans, construction, materials, modifications, site and environment, from its design to the moment of collapse.

The investigation team will be headed by Judith Mitrani-Reiser, Associate Chief of the Materials and Structural Systems Division in NIST’s Engineering Laboratory. In her role, Mitrani-Reiser will lead the development and coordination of statutory processes for making buildings safer.

Throughout the investigation, the team is slated to provide regular updates on its progress, which will include public meetings with the NCST Advisory Committee, annual reports to Congress and progress reports. However, the NIST reports that it will not issue preliminary findings or conclusions before publishing a draft report for public comment.