Paint Shortage, Prices on the Rise

Due to a variety of factors, aside from the ongoing COVID-19 pandemic, the industry is witnessing a shortage and price surge in paint.

From the surge of demand by do-it-yourselfers stuck at home, to the strange freeze that took over Texas earlier this year and worsening supply chain issues, the coatings industry has been backed into a corner with no signs of when the market will improve, some experts say.

According to Sullivan, roughly 30% of all the alkyd resins were lost after an explosion earlier this year at a major producer in Ohio shut down the supplier. The dwindling resin supplies, in turn, have resulted in 30-50% increases in price.

When available, epoxy resins are roughly double what they were a year ago and acetone is also up 90%. 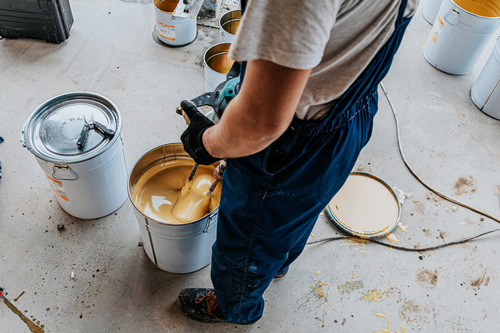 These shortages, seen mostly in epoxies and acrylics, as well as several types of solvents and additives, are the main issues the industry is facing now, according equity analyst firm Morgan Stanley.

Additional research conducted by the Federal Reserve on the matter found that producer prices for painting and coating manufacturing rose 10.6% in August compared to last year. The jump is the largest the market has seen since January 2009. At the same time, sales totals also witnessed a rise, climbing 7.8% annually in June to $1.34 billion.

In September, RPM announced its procurement of a new chemical manufacturing facility in Texas.

“The addition of the Corsicana plant allows us to expand production of several of our high-growth product lines while also streamlining our manufacturing processes and creating efficiencies,” stated Sullivan at the time.

The company reported in its press release that the facility would be repurposed to act as a manufacturing campus for a number of RPM’s operating companies and would also provide opportunities for expansion to meet its customer demand and strengthen its supply chain.

“The Corsicana plant was appealing to us for a number of reasons. By purchasing a fully operational facility, we can hit the ground running almost immediately, avoiding much of the cost, time and environmental impact associated with building a new plant,” Sullivan added.

“However, the greatest asset we will acquire is the plant’s existing employees and management operating team, who bring with them decades of experience and a high level of competency that will enable them to quickly and effectively convert the plant to meet our manufacturing needs. We look forward to this expansion into Corsicana and believe it will be beneficial both to RPM and the local community.”

According to survey data from AlixPartners, more than 60% of manufacturers are currently reporting a resin shortage. Even worse, some management consultants think that the issue could persist for up to three years or until production can catch up with demand.

While manufacturers could use recycled resin, Sudeep Suman, a Director at AlixPartners, reports that reground resin prices have also witnessed a price increase of 30-40%. Ferriot, an Ohio company whose specialties include injection molding and resin selection, recommends its customers approve multiple resins for use in their products so they have options when shortages arise.

For RPM, Sullivan reports that the company has switched from petroleum-based resins to organic and bio-based resins when possible, and is also “sourcing some raw materials offshore that previously we had not been.”

In looking to the company’s new facility, although Sullivan reports that it plans to make RPM’s supply chain more resilient, it’s not meant to replace RPM’s main suppliers. Overall, the purchase is just another way some companies are looking to increase capacity themselves.

The plant will “add long-term resilience in our supply chain, improve fill rates and more easily expand production of a number of our high-growth product lines in the coming quarters and years,” Sullivan said.

While the facility should help, in addition to RPM’s efforts to find alternatives, Sullivan thinks the company will help to ease shortages going into November.