According to AkzoNobel, the Intertrac HullCare will now be able to provide ship owners and operators with fuel and emission savings through its ability to combine remote inspection, advanced cleaning technologies and data monitoring that already sets new standards for operational efficiencies.

The company further notes that customers who choose the option of a ten-year scheme could achieve step-change reductions in CO2 emissions of up to 34,000 tons and fuel savings of €4.6million (about $5.3 million). 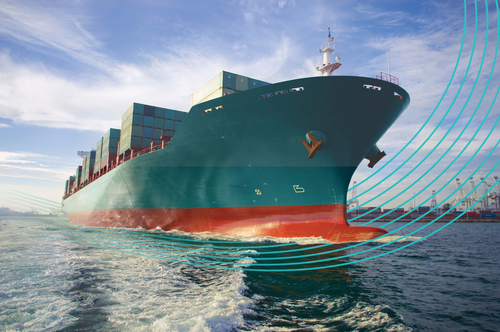 “Tackling the environmental impact of the shipping industry, and in particular hull performance, is an abiding priority we share with fleet operators and shipyards worldwide,” explained Jean-Michel Gauthier, Director of AkzoNobel’s Marine and Protective Coatings business.

As part of the package, all cleaning is aligned to the BIMCO industry standard for hull cleaning currently under development from the IMO.

“With Intertrac HullCare, we can offer the experience, technology and data to maximize a fleet’s operational efficiency and drive the carbon neutral journey of our customers with uncompromising performance,” added John Willsher, Global Account Manager for AkzoNobel’s Marine business.

In addition, the company says that reclamation as standard means AkzoNobel is going further to help mitigate the translocation of invasive species when compared with alternative cleaning methods.

Recently, AkzoNobel’s International brand reported via emailed press release that it was celebrating its 140th anniversary.

To commemorate the company’s achievements, International released a legacy timeline covering new standards of performance and sustainability in the global coatings industry. “At International, we take immense pride in our legacy of combining innovation with the highest of environmental standards,” said Gauthier at the time

Prior to that, the company announced that it had launched a new anti-fouling hull coating line called “Intersmooth.” Both coatings, Intersmooth 7200Si SPC and Intersmooth 7476Si SPC, are a part of the company’s International brand and are reported to feature self-polishing silyl methacrylate technology.

Using a resin technology coupled with a biocide package, the Intersmooth 7200Si SPC coating has been further optimized and aims to provide cost-effective performance through its ability to reduce waste and VOC emissions, all while improving application efficiency.

The coating is noted to have benefited using higher solids and has a guaranteed speed loss threshold of 2.5%, according to the company. AkzoNobel adds that the formulation features an optimized biocide package that not only delivers a clean hull but helps operators contribute further to reach their environmental goals by reducing CO2 emissions in service.

It is also designed to provide less sensitivity to time and temperature in its service period and a reduced risk of surface cracking versus silyl acrylate-based products.

Serving as a second self-polishing silyl methacrylate product, Intersmooth 7476Si SPC also made its way to AkzoNobel’s anti-fouling line. According to reports, the coating aims to deliver consistent, reliable and industry leading antifouling performance over the dry-docking cycle through its ability to deliver a more consistent polishing rate that enables custom-designed schemes for vessels based on their predicted routes to ensure they perform at their best—resulting in less interruption or delays in service.

Not only is the anti-fouling coating noted to deliver maintenance and cost savings to operators, but it also provides less sensitivity to time and temperature in its service period and a reduced risk of surface cracking.

In line with the company’s plans to reduce emissions, AkzoNobel announced carbon reduction targets for its full value chain in July— billing itself as “the first paints and coatings company to follow up on its commitment to sustainability targets.”

AkzoNobel’s target is to reduce carbon emissions for the whole value chain by 42% by 2030 (from a baseline of 2020). This will apply to the company’s own operations, as well as its customers and suppliers.

Currently being officially validated by the Science Based Targets initiative (SBTi), the company says that the target will further sharpen and accelerate the company’s vision for its “People. Planet. Paint.” approach to sustainable business, which was launched in 2019.

The company noted that it has made strides in other goals, such as having 100% renewable electricity in the company’s operations by 2030. It also pointed to AkzoNobel CEO Thierry Vanlancker being a member of the European CEO Alliance—a cross-industry partnership designed to help fight climate change, build economic resilience and make a success of the EU Green Deal.