The U.S. Army Corps of Engineers has recently applied for a patent on an ice adhesion testing device.

According to reports, the device creates high-quality ice samples on a surface or coating of interest so that computational models can better describe ice adhesions and enable the creation of anti-icing systems.

The device is meant to help protect critical systems, such as aircraft and marine vessels.

“This apparatus is … for measuring the force required to break a single interface formed by two solid materials, where one material is the adhesive of interest. For example, the adhesion of ice to various coated or uncoated materials can be tested in this way,” the patent application states.

“Many different specimen sizes can be accommodated, and a wide range of coating materials can be applied to the specimen surface so that the adhesive properties of coatings can be studied.” 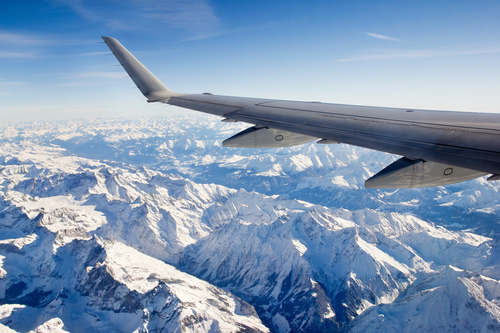 yuelan / Getty Images
The U.S. Army Corps of Engineers has recently applied for a patent on an ice adhesion testing device.

The patent developers go on to explain later in the publication that the motivation for the new patent was partially due to a lack of industry standards for testing ice adhesion.

A short sampling of the standards includes the following:

However, the developers report that none of the standards mentioned are suitable for testing brittle adhesives such as ice.

The named inventors of the patent include Emily Asenath-Smith, Garrett Hoch, Christopher Donnelly and Jordan Hodge from the Corps’ Cold Regions Research and Engineering Lab in Hanover, New Hampshire.

The newly published application is titled, “System and Method for Testing Adhesion of Brittle Materials.”

Earlier this year, in April, European Union-funded project SEDNA discussed severe challenges faced by ship navigators due to increased maritime traffic in the Arctic caused by global warming, among other operational changes, in its research results.

Published by CORDIS, the SEDNA report revealed an integrated risk-based approach for steering vessels to safety.

According to the team, the customizable Arctic voyage planning tool has already been combined with an existing vessel management and monitoring system sold by consortium member GreenSteam. Although the technology is still in its prototype stage, it has been reported to successfully predict weather, ice, route and ship-specific operational parameters all within one interface.

The technology is noted to better aid in planning new or alternative routes.

In looking more closely at developing anti-icing solutions for these Artic voyagers, a research group from the University College London addressed the issue in looking at passive anti-icing, nature-inspired principles and electrothermal defenses.

As a result of the combined analysis and approaches, SEDNA intended to deliver:

To achieve these goals, researchers conducted additional lab testing in the large ice testing tanks at Aalto University in Finland after problems arose with field testing due to COVID-19.

On the topic of environmental protection, researchers also developed a new CEN workshop agreement, which focuses on three methanol bunkering concepts involving truck to ship; shore to ship; and ship to ship.

In February of last year, Materials scientist Ximin He, along with a team of researchers from the UCLA Samueli School of Engineering and colleagues were reported to have developed an ice-prevention coating.

UCLA authors of the study included Zhiyuan He, Mutian Hua, Shuwang Wu and Dong Wu, in addition to colleagues Chenyang Wu and Jianjun Wang of the Chinese Academy of Sciences in Beijing, and Xinyuan Zhu of Shanghai Jiao Tong University.

Inspired by how Antarctic species of fish create proteins to prevent their blood from freezing, scientists from UCLA looked at how the formation of ice could be prevented by focusing on three main properties of what causes ice to form and how those same molecular structures could be recreated.

When creating the coating, scientists decided on the use of polydimethylsiloxane—a nontoxic, silicone-based polymer found in contact lenses, cosmetics, lubricants and other applications.

By spraying the polydimethylsiloxane-based gel onto a variety of surfaces, researchers found that the thin transparent coating successfully prevented freezing by lowering the freezing temperature of water on the surface, delaying ice crystal growth and creating a difficult surface for ice to adhere to.

Experiments using the coating were mostly conducted inside the university’s laboratory; however, one test was performed outdoors in below-freezing temperatures.

According to UCLA, the coating set a record for lowest temperature reached while preventing ice formation. It wasn’t until tests pushed the coating to -31 degrees Celsius (or -23.8 degrees Fahrenheit) that ice formed and remained on a surface’s profile. (Traditionally, water usually freezes at zero degrees Celsius).

The hydrogel also set a record for length of time delaying ice formation—taking more than 65 minutes to form ice at -25 degrees Celsius.

And in July of that same year, Cambridge, Massachusetts-based industrial technology company Adaptive Surface Technologies, Inc. announced that it was awarded a $499,000 Small Business Innovation Research Phase II contract from the United States Air Force to develop an icephobic coating that improves pre-flight and in-flight anti-icing properties on military aircraft and avionics.

The development of the coating for the USAF will reportedly be based on AST’s existing antifouling marine coating, which was launched last year.

That coating aims to reduce the adhesion and persistence of “unwanted biological fouling on any given surface.” The company says that modifications to the makeup of the coating will be made to focus on ice-repellency and durability.