Detroit-based sustainability tech startup Repela Tech LLC from Wayne State University has recently been awarded a grant to research and develop an eco-friendly marine coating for ships and vessels.

“The importance of this award from NSF cannot be overstated,” said Sheu-Jane Gallagher, PhD, co-founder of Repela Tech. “The funding will enable Repela to advance its innovative coating technology, which promises to protect the Great Lakes and other precious bodies of water and thereby contribute to a more sustainable future for all.”

Zhiqiang Cao, PhD, is the company’s other co-founder and is reported to be a professor of chemical engineering and materials science in Wayne State University’s College of Engineering.

Known as the accumulation of algae, barnacles and other marine organisms on underwater surfaces of ship hulls and other types of water vessels, biofouling can cause major issues for the marine industry. Most commonly, biofouling attributes to drag, which slows down vessels, leading to increased fuel consumption by as much as 40%.

Although 90% of coatings developers use copper in their antifoulant solutions, the toxic biocide is reported to be harmful to the marine ecosystem. 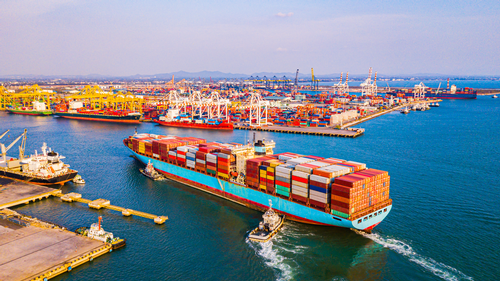 “To date, Repela has raised more than $1.3 million in grant and angel funding, and much credit goes to Wayne State’s Office of the Vice President for Research and Dr. Joan Dunbar, retired Associate Vice President for Technology Commercialization, who provided critical support during the very early stage of IP development,” said Edward Kim, a former mentor-in-residence at the university and an angel investor.

While the antifoulant is in the patent-pending stages, in the project’s next phase, the team plans to fine-tune the formulation to meet marine end-user performance requirements, in addition to regulatory benchmarks.

In addition, researchers intend to demonstrate small-batch production capabilities. Repela reports that the work will lead to a rigorously tested, high-performing eco-friendly antifouling solution that will be ready for the marketplace.

In 2019, Repela received two NSF grants: a $225,000 STTR Phase I grant and a $50,000 I-Corps award. In 2018, Cao received an ADVANCE grant from the Michigan Economic Development Corporation that aided in early-stage proof-of-concept research for the eco-friendly antifoulant coating.

The grant number for this National Science Foundation STTR Phase II award is 2036498.

Earlier this month, researchers at Australia's sovereign-owned submarine sustainment and maritime services company ASC found that a new type of surface coating could eliminate marine biofouling, or sea organism growth, on the hulls of naval vessels and other submerged surfaces.