In utilizing Selektope—a special biocide that is highly effective in ultra-low concentrations—CMP has developed what it’s calling Seaflo Neo M1 Plus, a low-friction, hydrolysis antifouling coating.

On the coatings development, Philip Chaabane, CEO of I-Tech AB, commented, “We are proud that Selektope is selected to act as a core agent in this remarkable new coating launched by Chugoku Marine Paints targeting the global fleet. Following the first commercial activity with Selektope 6 years ago, this product marks a new step in utilizing I-Tech´s bio-repellent active agent as a key ingredient to bring forward enhanced coating properties.

“I am excited to see the Selektope-powered M1 product move into the market contributing to the strong needs of making shipping more sustainable.” 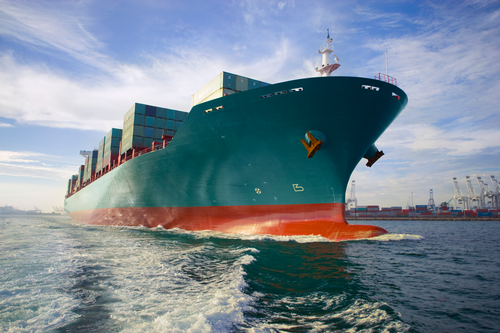 According to CMP, the antifouling coating was developed to excel performance against barnacle growth in addition to widely used cuprous oxide and meets the growing environmental market demands for sustainable coatings.

In particular, barnacle fouling on the ship bottom is one of the factors that have a great impact on the fuel efficiency and CO2 emissions of ships, and this new product is expected to improve them.

Classed as a low-VOC product, the antifoulant enables less environmental impact both by keeping the hull clean and by low biocidal leaching from the coating. The product can be applied on worldwide trading vessels at both stages of newbuilding and drydocking and is reported to be suitable for ships’ situations such as a long-term berthing in areas with high seawater temperature or static conditions.

Part of CMP’s Seaflo Neo Series, the new coating is expected to provide an ultra-smooth surface, ultimately contributing to a reduction in vessel fuel consumption by lessening the frictional resistance of water flow during operation of ships.

Additionally, CMP reports that because Seaflo Neo M1 Plus is about 15% less than the current Sealo Neo Flat Z, it will be used to gradually replace the coating as an environmental measure. CMP adds that it plans to continue to develop products that meet the demands of its customers and contribute to improving the performance of ships and reducing their impact on the environment.