Thanks to a new partnership between United Utilities and progressive start-up Changemaker 3D Ltd, the water sector in the United Kingdom could be the first to print made-to-measure objects out of sustainable concrete onsite.

United Utilities reportedly owns over 200 distribution chambers across the northwestern U.K., while Changemaker 3D was founded in 2017 with the goal of developing new approaches to more sustainable construction through a method its labeled “printfrastructure.”

“Until now, most U.K. concrete-printing has been focused on standard items prefabricated in factories. More complex made-to-measure items have tended to be manufactured overseas and shipped to site,” said Selwyn Rose, Innovation Strategy Manager for United Utilities.

“But with the unrivalled access to our sector expertise, resources and data as part of the Innovation Lab, alongside valuable insight from construction delivery partners and managed service partners on both sides, Changemaker3D have succeeded in building a complex digital model which could be built in situ. It’s got massive potential.” 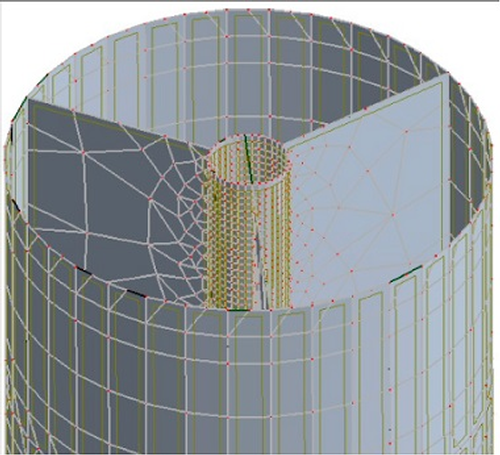 United Utilities
Thanks to a new partnership between United Utilities and progressive start-up Changemaker 3D Ltd, the water sector in the United Kingdom could be the first to print made-to-measure objects out of sustainable concrete onsite.

According to United Utilities, onsite printed wastewater distribution chambers could reduce carbon emissions by 25%, with a 20% reduction in cost and even bigger savings in time and labor.

The method of 3D-printing wastewater infrastructure was first incubated in the water company’s Innovation Lab—an annual event where the water giant opens up its wealth of data, systems and expert knowledge to incubate new ideas and help bring them to market. It is reported that Changemaker 3D was one of eight finalists to emerge from the event.

Together the team modeled a real-life wastewater distribution chamber, which was being built at a site in Cumbria. Over the course of ten weeks, an accurate digital model was created for the 1.8-meter-diameter cylindrical chamber, including interior dividing walls, which in real-life would be partially submerged 1.4 meters below ground.

Next, the companies plan to 3D-print a prototype offsite before subjecting it to rigorous testing as a means of examining its strength and durability. If successful, the approach is slated to be demoed live in front of United Utilities’ construction partners in November.

“We’re really excited by this technology,” said Lisa Mansell, United Utilities’ Chief Innovation Engineer. “The sector has big challenges on the time and cost of construction, but the biggest challenge for the water industry right here and now is reducing our carbon footprint. One of our biggest carbon impacts is construction projects, particularly where we need to use concrete solutions.

“What we now need to do is show that it works physically, testing the finished article is structurally sound, technically feasible and passes tests on things like water permeability. This will help us get our construction partners comfortable with it.”

Reported by 3D Printing Industry, Changemaker 3D is also working with advanced engineering materials group Versarien to integrate graphene into its concrete as well. If successful, the move could reportedly unlock the 3D-printing of structures with reduced embedded carbon content.

It has also been reported that Changemaker 3D’s technology has been cleared by SCS JV, a joint venture between Skanska, Costain and STRABAG, as part of the HS2 rail link. By incorporating the printing technology, the joint venture believes that concrete and carbon quantities could be reduced in the project’s tunnels by up to 50%.

In addition, if printed onsite, the produced structures could make even further eco-gains.

“Other sectors are already sitting up and taking an interest in our strong commercial proposition,” said Changemaker 3D cofounder, Natalie Wadley. “As well as being a technology for good, concrete printing is safer to build and saves time and cost. This is good for customers, the water sector and the UK construction industry as a whole.”