Late last week, the California Energy Commission announced that it has adopted the 2022 Building Energy Efficiency Standards for newly constructed and renovated buildings.

The 2022 update will be submitted to the California Building Standards Commission, which is scheduled to consider it in December. If approved by the CBSC, it would go into effect on Jan. 1, 2023, giving builders, contractors and other interested parties a year to gear up for the changes.

In terms of said changes, the 2022 Energy Code focuses on four key areas in newly constructed homes and businesses: 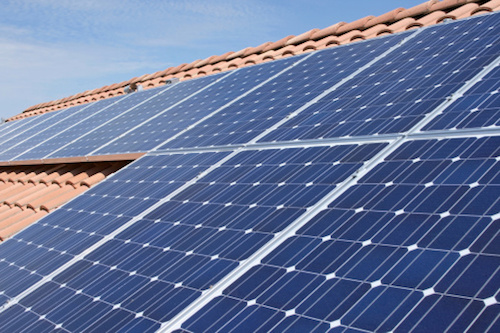 “Buildings profoundly influence our health, environment and economy. Into the future they will use less energy and emit less pollution while still being comfortable and healthy,” said Commissioner J. Andrew McAllister, the lead commissioner on energy efficiency.

“The 2022 Energy Code firmly pivots California’s buildings toward the clean, low-carbon technologies that are the bedrock on which our collective path forward will rest. This foundation will help the state meet its critical long-term climate and carbon neutrality goals."

The biggest change is the note that the areas of focus are for not just homes, but businesses as well, meaning that requirements such as solar panels and battery storage have been expanded into the commercial space.

The Energy Code is updated every three years. In 2018, the CBSC approved mandates that required solar panels on new homes, making California the first state to have such a rule.

The mandate called for solar-energy installation on most single-family homes, and most multi-family residential buildings that are up to three stories. The ruling included compliance credits for the installation of battery storage, meaning homeowners with the systems can capture their own electricity and store it.

Exemptions are available for buildings under a certain amount of shade, or those that have insufficient space for a solar installation.

At the time, the commission also calculated that the standards would add about $40 to an average monthly mortgage (over 30 years), but at the same time, estimated about an $80 savings on monthly utility bills.

Homeowners have the option of either buying panels outright, leasing them or entering into a power purchase agreement with developers. Communities also have the option to band together and pool resources instead of fitting individual homes.