Occurring at two of Noble’s Weld County, Colorado-based oil and gas facilities, the U.S. had previously filed a civil complaint detailing an unauthorized discharge of oil from the State M36 Facility into the Poudre River and noncompliance with regulations issued to prevent and respond to oil spills at the State M36 Facility and the Wells Ranch Facility.

According to the EPA, sometime between May 24, 2014, and June 20, 2014, high flows on the Poudre River flooded Nobel’s State M36 Facility, which is located in a 100-year floodplain approximately 400 feet from the Poudre River. As a result of the facility’s flooding, a valve on a 300-barrel storage tank broke, causing approximately 173 barrels (7,266 gallons) of condensate and produced water to discharge into the Poudre River and its adjoining shorelines.

While Noble was reported to have remediated the impacted environment following the spill and decommissioned the tank battery in April 2019, during its investigation, the EPA found deficiencies in Noble’s Spill Prevention Control and Countermeasure Plan.

The Oil Pollution Prevention requirements of the Clean Water Act are intended to prevent discharges of oil and facilitate responses if discharges occur. All facilities with 1,320 gallons of oil that have the potential for a spill to reach waters of the United States are required to have SPCC Plans.

Facilities with storage capacity of one million gallons or more and with the potential to impact fish, wildlife and sensitive environments are also required to meet FRP requirements. The Oil Pollution Prevention requirements of the Clean Water Act are administered by the EPA and the Coast Guard and cannot be delegated to the states. 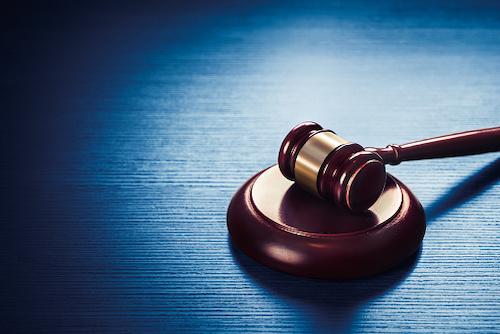 Since the discovery was made by the EPA, Noble has been reported to have concluded the necessary corrections.

However, the EPA further detailed that when inspecting Nobel’s Wells Ranch Facility on two occasions, the separate facility was also found to lacking in compliance for its SPCC and Facility Response Plans. In addition, the EPA conducted two unannounced oil spill response exercises, which Noble Midstream was unable to complete.

In addition to paying out a $1 million settlement, Nobel will also be responsible for the implementation of enhanced containment measures and electronic sensors at operating tank batteries.

Specifically, Noble is required by the agreement to install steel oil-spill containment berms and remote monitoring sensors, as well as tank anchoring at all its active tank batteries in Colorado floodplains. In addition, Nobel will also have to implement and provide periodic reports on a facility response training, drills, and exercises program at the Wells Ranch facility.

The $1 million penalty will be deposited into the Oil Spill Liability Trust Fund, a fund used by federal agencies to respond to discharges of oil and hazardous substances.

“EPA will continue to make sure facilities like the State M36 and Wells Ranch Facilities comply with the federal requirements that safeguard our communities and our rivers and streams,” said Suzanne Bohan, Director of EPA Region 8’s Enforcement and Compliance Assurance Division. “This agreement will help prevent future oil discharges to Colorado’s waters by requiring Noble to invest in improved spill containment and response measures at all tank battery sites operating in floodplains.”

In June, the Department of Justice announced that Houston-based CITGO Petroleum Corporation had agreed to a $19.69 million settlement to resolve federal and state claims for natural resource damages under the Oil Pollution Act and the Louisiana Oil Spill Prevention and Response Act.

According to the Office of Public Affairs, the complaint alleges that CITGO discharged millions of gallons of waste (slop) oil and oily wastewater from two 10-million-gallon storm surge and wastewater tanks at its treatment facility.

As a result of the spill, approximately 150 miles of shoreline was reportedly polluted, including residential and marsh areas, and was also documented to have killed numerous birds, fish and other aquatic life. In addition, the spill was also reported to have contaminated aquatic and shoreline habitats, forced the closure of a nearby ship channel, and disrupted recreational uses of the impacted river and lakes.

In a previous related Clean Water Act enforcement trial spearheaded by the United States on behalf of the Environmental Protection Agency, the district court determined that the oil and wastewater spill could have been avoided and declared that CITGO’s gross negligence in the operation and maintenance of its wastewater treatment facility and the lack of adequate storage and treatment capacity is what ultimately caused the incident.

Due to CITGO improperly using its tanks to accumulate oil, sludge and oily wastewater at its treatment facility for years, in addition to the lack of proper operations and the inadequate storage and treatment capacity at the facility, the tanks overflowed during a summer rainstorm, spilling at least 54,000 barrels of slop oil (2,268,000 gallons) and untold millions of gallons of oily wastewater.

The slop oil and wastewater breached at the facility’s secondary containment berm around the tanks and flowed into the waterways, including the adjacent Indian Marais waterway, the Calcasieu River and the Calcasieu Estuary.

Following the incident, CITGO was instructed to conduct corrective actions in order to improve its wastewater treatment facility’s storage and treatment capacity and operations, to pay a state penalty of $3 million to the Louisiana Department of Environmental Quality for the discharge and chronic violations of the company’s discharge permit, and to pay a federal Clean Water Act civil penalty of $81 million. Under a separate criminal plea agreement, CITGO also paid a $13 million criminal fine.

Of the $19,688,149.83 CITGO is required to pay under the consent decree, $19.16 million will go to natural resource damages for the spill. This money will be utilized by federal and state trustees to jointly plan, design, and perform restoration projects to compensate for the negative effects of the oil spill.

The roughly remaining $528,000 is slated to go to the trustees’ remaining unpaid injury assessment costs.

The designated federal trustees for the natural resources impacted by CITGO’s oil spill are the U.S. Department of Commerce’s National Oceanic and Atmospheric Administration and the U.S Department of the Interior’s Fish and Wildlife Service.

In April, dry and liquid bulk carrier company Algoma Central Corporation was fined $500,000 after pleading guilty to dumping wastewater in Lake Ontario. In addition, the company was also put on probation for a period of three years during which it must implement an environmental compliance plan.

According to a release issued by the U.S. Department of Justice, Algoma had been operating a fleet of dry and liquid bulk carriers on the Great Lakes, however, one of the vessels was the M/V Algoma Strongfield. Built in China, the Strongfield was to Canada on May 30, 2017, by a crew from Redwise Maritime Services, B.V., a vessel transport company based in the Netherlands.

Manned by a Redwise crew, over the course of a delivery voyage the vessel was reported to have malfunctioned or failed on multiple occasions, which directly affected the oily water separator and oil content monitor. As a result of the malfunction or failure, unprocessed oily bilge water accumulated within the vessel.

In the report, it has been stated that between May 5, 2017, and the Strongfield’s arrival on May 30, the Redwise crew made several transfers of unprocessed oily bilge waste into the wash water tank to avoid overboard discharges of untreated bilge water.

On May 19, an Algoma employee boarded the vessel during a transit to the Panama Canal and remained onboard until the vessel’s arrival in Canada. During this time, the unnamed employee served as Chief Engineer.

When the Redwise crew handed over operation of the vessel to an Algoma crew on May 30, upon their return to Quebec. Although some of the Algoma crew were advised that the wash water tank contained unprocessed oily bilge water, Algoma neglectfully failed to inform all onboarding crewmembers and inspectors.

The following month, on June 6, the Stongfield was transiting Lake Ontario when the 3rd officer on board requested permission to empty the contents of the wash water tank (while in the waters of the United States within the Wester District of New York), and was approved by the captain. Due to Algoma’s negligence to inform the 3rd officer or the captain what the wash water tank contained, approximately 11,887 gallons of unprocessed oily bilge water were released into the lake.

The discharge was stopped when another Algoma employee learned of what was occurring and instructed the crew to halt the discharge immediately. After the incident, Algoma contacted Canadian and U.S. authorities to report the discharge.