According to a release issued by the District of Maine’s Department of Justice, Acting U.S. Attorney Donald E. Clark has recently announced that a man from Sidney has pleaded guilty in federal court for making false statements on a federally funded bridge project.

Jim Wentworth was reportedly working as the project manager for a general contractor on a bridge contract in Gardiner, Maine, in June 2019, when he submitted documents falsely inflating the costs paid to a subcontractor. The changes were a part of a contract modification. 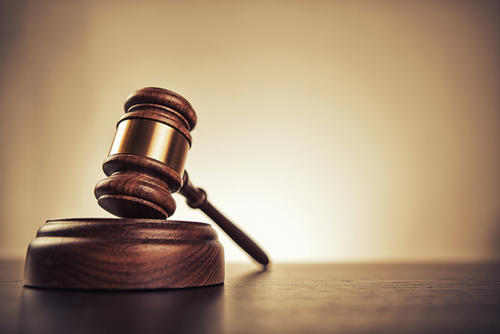 Marilyn Nieves /
According to a release issued by the District of Maine’s Department of Justice, Acting U.S. Attorney Donald E. Clark has recently announced that a man from Sidney has pleaded guilty in federal court for making false statements on a federally funded bridge project.

In pleading guilty, Wentworth faces up to five years in prison and a fine of up to $250,000. In addition, Wentworth could also face up to three years of supervised release.

Wentworth is slated to be sentenced following the completion of a presentence investigation report by the U.S. Probation Office. A federal district court judge will determine any sentence after considering the U.S. Sentencing Guidelines and other statutory factors.

The investigation was conducted by the U.S. Department of Transportation, Office of Inspector General.

Last month, in Oregon, two men were charged after pleading guilty to their role in a scheme to steal funds from the Small Business Administration’s Paycheck Protection Program.

The U.S. Attorney's Office reported that Llyod has since accepted responsibility for his actions and was recommended a sentence of 61 months in federal prison. Llyod has also agreed to pay more than $3.6 million in restitution and to forfeit more than $11 million in cash and securities and 23 properties that were purchased with PPP funds.

Schort faces a maximum sentence of 30 years in prison, a $1 million fine and five years of supervised release. As part of his plea agreement, Schort has also agreed to pay no less than $294,552 in restitution to the U.S. Treasury.

He will be sentenced on Oct. 21, also before McShane.

A few months prior to the case, in April, Pittsburgh Mayor Bill Peduto signed an executive order aiming to cut down on construction fraud, promote worker safety and protect city tax revenue.

According to his office, the Construction Fraud Executive Order “will combat illicit efforts by fraudulent construction companies to commit tax, insurance and workers’ compensation fraud to maximize their profits; use subcontractors or labor brokers to screen themselves from responsibility; pay workers in cash to avoid taxes; and decrease their labor costs.”

The EO follows a lengthy study by the Joint Task Force on Construction Industry Fraud, which was created in December 2018. The group gave its recommendations in March. The task force’s findings, meanwhile, reportedly found several subcontractors who were paying in cash or check without deductions on multiple multi-million dollar job sites.