Late last month, the Michigan Department of Transportation announced the development of a new online tool to better keep the public informed on the progress of local bridge repair projects.

Viewable via online dashboard on the Department’s website, the Bridge Bundling pilot program (a first of its kind in Michigan) serves to display how close a bridge is to completion by percentage, updates, detour routes and other information. Currently, MDOT is working to repair or construct 19 bridges in the state. 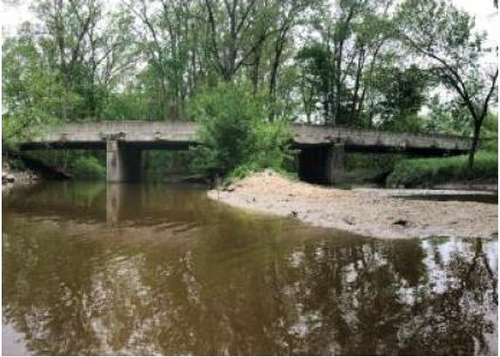 “The scope of work for these bridges is superstructure replacement, which includes full removal and replacement of the bridge deck and supporting beams,” said MDOT Chief Bridge Engineer Matt Chynoweth. “Under the pilot program, three bridges will be rebuilt this year, beginning in August. The contract requirements call for them to be finished in 60 or 90 days.'”

The three bridges Chyoweth referenced, include:

The remaining 16 bridges are scheduled for improvements in 2022 and 2023 and will be closed and detoured by local agencies.

MDOT expects bridge bundling, which covers several bridge locations under one contract, to streamline coordination and permitting, increase economies of scale, and improve bridge conditions on local routes around the state. MDOT is working to expand the approach, already in use on state trunkline projects, to address locally owned bridges.

In addition, the Department predicts that by combining several contracts into one, bridge bundling will better allow one contractor, or one group of contractors, to work on multiple bridges in several locations, simultaneously, if needed.

If achieved, MDOT reports that the program could bring taxpayer savings through the standardization of bridge components and mobilization costs.

The contract for the pilot program was originally awarded in March to a joint venture of two bridge contractors, CA Hull and Anlaan, with Alfred Benesch as the lead designer, for the low bid of $24.3 million.

Earlier this year, in May, the U.S. Department of Transportation’s Federal Highway Administration announced more than $5.6 million in Accelerated Innovation Deployment Demonstration program grants to help seven states make the most of limited resources.

The program allows states to bring projects to fruition in a more cost-effective way by using innovative practices. Alabama, Arizona, Michigan, New Hampshire, Rhode Island, South Dakota and Utah will receive funds in this round of awards.

“We need to build our economy back better than ever before,” said U.S. Transportation Secretary Pete Buttigieg at the time. “That requires using innovative approaches to transportation that deliver results for the American people. The USDOT will continue to support innovations that deliver projects that help people get where they need to go, safely and cost-effectively.”

Among the awards was $977,398 given to MDOT to bundle bridge projects on local agency routes, based on previously expanded experiential knowledge gained from the pilot program. MDOT’s expected outcomes with bundling, a delivery method supported by FHWA that covers several projects under one contract, include streamlined coordination and permitting, increased economies of scale and improved bridge conditions on local routes.