A roofing worker has reportedly died of heat-related illness in Oregon, following what officials are calling a “record-setting heatwave,” according to the Oregon Occupational Safety and Health Administration.

According to reports, the unnamed worker was inspecting a potential leak from a condensate line at the end of June, during the hottest day on record in the state, which registered at 116 degrees F.

The worker reportedly collapsed onsite after coming down from the roof and later died in the hospital from heat stress on July 9, according to a spokesperson for the Columbia Pacific Building Trades Council.

The death is one of four heat-related fatalities that are currently under investigation by Oregon OSHA. The worker was employed by Robinson Construction, which has not commented on the incident.

The heat wave in general in late June was responsible for at least 115 confirmed and suspected deaths across the state. Out of the 83 confirmed deaths, 31 were women and 52 were men.

The Department of Labor released its annual heat safety reminders last month, timed to honor the heat-related death of a New York worker the year before. Timothy Barber, 35, died on July 7, 2020, at the end of his shift working on the Genesee River Bridge Project in Geneseo, New York. 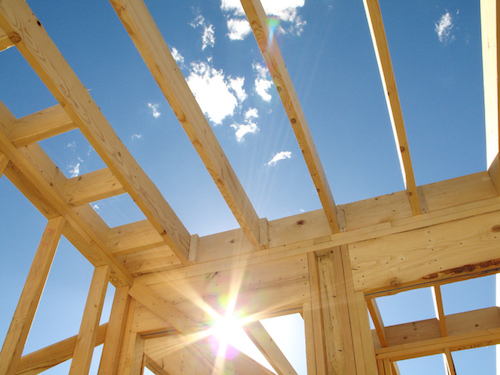 © iStock.com / Double_Vision
A roofing worker has reportedly died of heat-related illness in Oregon, following what officials are calling a “record-setting heatwave,” according to the Oregon Occupational Safety and Health Administration.

The Occupational Safety and Health Administration’s investigation into the death found that Barber had been performing what would be considered light-duty work: sorting bolts. However, he was in 90-plus degree temperatures.

Therefore, OSHA is reminding everyone that has temperatures rise, so do work risks.

OSHA says that employers with workers exposed to high temperatures should establish and implement a heat illness prevention program and communicate it to supervisors and workers. This includes:

Earlier this year, physiological monitoring platform Kenzen announced that it had partnered with Kansas City-based firm Garney Construction to test out a new, wearable smart device to monitor health indicators of each worker.

During the time of the announcement, data was being taken from different kinds of locations, from Arizona to Florida to Colorado, and the data will be gathered to detect patterns and customize heat stress prevention and treatment strategies.