In an emailed press release, Tesla NanoCoatings was reported to have been awarded a carbon nanocoating patent for its self-stratified single-coat system.

The third patent awarded to Tesla NanoCoatings this year, the latest nanocoating development is reported to be the future of corrosive coatings. The patent is also noted to demonstrate Telsa NanoCoatings global leadership position in carbon nanocoatings corrosion protection technology.

Dubbed Super CNT, the one-coat system is self-stratifying separating into a primer and topcoat carbon nanotube polymer laminate when applied. The self-stratifying layers produce the advantages of a tough multilayer carbon nanocoating system in one single coat. 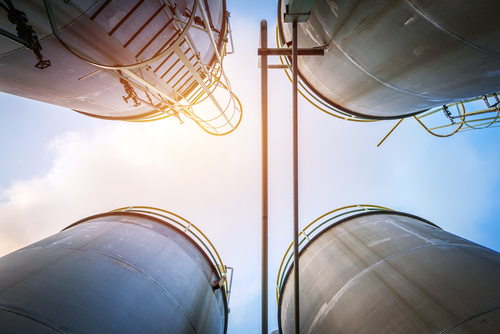 Weerapong Khodsom / Getty Images
In am emailed press release, Tesla NanoCoatings was reported to have been awarded a momentous carbon nanocoating patent for its self-stratified single-coat system.

The result of the coating is reported to significantly improve corrosion protection, reduce product and maintenance costs and provide rapid return to service. Additional benefits include:

The coating was developed specifically for the oil and gas industry, in addition to other industries where harsh, corrosive environments are a factor in achieving corrosion protection. According to Tesla NanoCoatings, the Super CNT could be particularly valuable in offshore oil and gas surface and subsea operations, as well as at refineries and petrochemical plants.

“A significant research effort is being employed to further develop Super CNT” said Tesla NanoCoatings President and Founder, Todd Hawkins. “Our considerable understanding of carbon nanotechnology enables us to expand uses of the carbon nanotubes that no other company would even think about.”

Tesla NanoCoatings plans to begin testing of Super CNT in 2021 with the goal of conducting field tests with its primary customers in 2022.